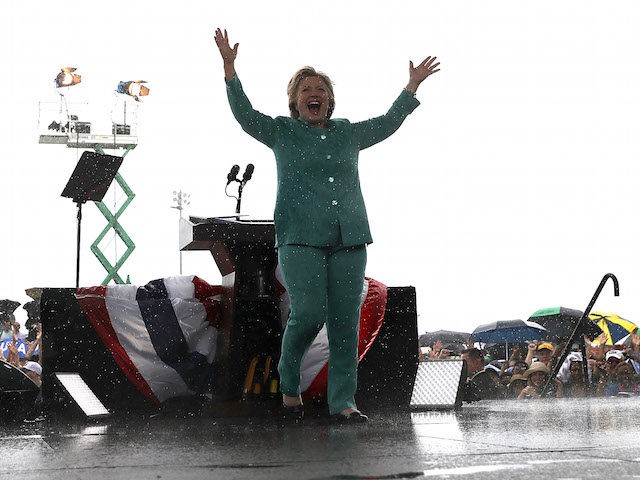 Philippe Reines, former State Department spokesperson and campaign adviser for Hillary Clinton, expressed hope that the former secretary of state would make another run for the presidency in a Thursday interview with Bloomberg News.

PHILIPPE REINES: Well, hopefully, she’s listening. Look, I’ve tried. The woman’s being stubborn. I don’t know what to tell you. I mean, she wants Donald Trump out of there. She wants him to lose. It’s similar to what Joe Biden has said. If for some reason, she were to say that, she were to think that she has the best shot to do it, I think she would take a hard look.

KEVIN CIRILLI: So has she ruled it out?

PHILIPPE REINES: It’s not a matter of ruling in or ruling out. If you’re here, everyone here is, “Oh my God, not again.” Groan. You know what? If you’re Hillary Clinton, you also groan at the idea of running at this.

PHILIPPE REINES: The notion that her time is passed — I think that’s made up. She won 65 million votes. Let’s just say one out of every two people who voted for her is now mad at her. That’s still 32 million votes. That’s a lot of people. That’s more people behind her than anyone in America, save Donald Trump or probably Barack Obama. So that’s one.

Reines suggested that resistance to another presidential campaign from Clinton was rooted in double standards against women not applied to men like Joe Biden or John Kerry.