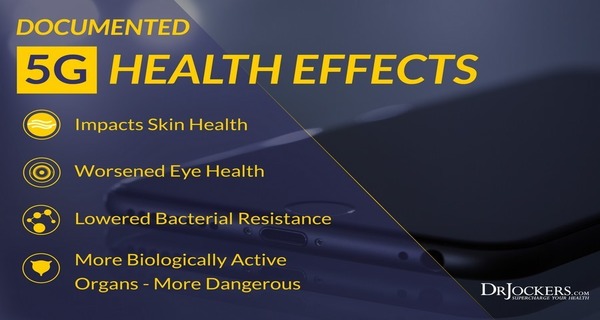 According to this new story over at USA Today, tech trends in 2019 will include 5G, A.I. and 8K with their story proclaiming the year ahead looks like “an alphabet soup of progress“. Reporting that 2019 will be the year that 5G tech is really rolled out all across the country, with at least 25 different operators rolling out 5G first in the cities, their story also reports to expect to see 5G hotspots appearing all over, promising to bring lightning fast download speeds while ignoring the fact that the 5G network will be using the same EMF waves as the Pentagon’s crowd control systems.

And while the USA Today story of course brings up none of the potentially negative health aspects of 5G being fast tracked into our communities without adequate health testing done beforehand, we’re quite surprised that even one United States Senator is demanding proof from the FCC that 5G is safe though it’s already far too late in this game.

As Mike Adams had reported in this November 24th story over at Natural News titled “Warning for humanity: The madness is spreading by design as the masses are deliberately poisoned with toxic pharmaceuticals, pesticides, 5G wireless, hormone disruptors and toxic vaccines“, 5G is just part of the mass poisoning of the human race that we are now under, with toxic foods, toxic medicines, a very toxic culture and toxic disinformation driving a toxic and animalistic ‘mob’ to outrage as Susan Duclos reported within this new ANP story.

And as we read in this new story over at Komando, tech companies are coming up with the craziest ways imaginable to make sure that 5G will be practically everywhere, installing it within the roads that our cars are driving over within the manholes that line the streets or mounting transmitters on the light poles that line our roadways or even upon street signs.

And just think about what sinister plots could be accomplished with this next line from the Komando story.:

“5G connectivity will allow connected traffic lights instantly to reroute road traffic around congestion, councils automatically to schedule repairs for broken infrastructure like street lighting, and businesses to manage how much energy they use intelligently.”

And while ‘handy dandy‘, couldn’t that ‘rerouting‘ also be used to ‘reroute‘ unsuspecting road traffic straight to the FEMA camps or where ever else those who seek total control over the world want to herd the sheeple? Steve Quayle recently coined a terrific new word for 5G: ‘PENTADEATH‘. As we see below, ‘PENTADEATH‘ describes 5G perfectly. 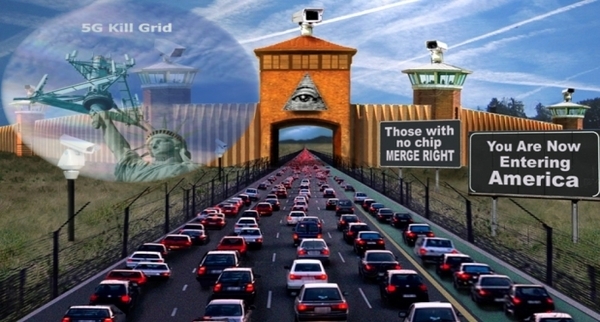 According to this December 28th story over at Natural News, AT&T is planning on hoaxing their own customers by falsely labeling new 4G phones with the 5G icon despite the fact that none of the phones will yet be connected to a 5G network.

As their story reports, not only will AT&T be duping their customers but doing so will allow them to undermine the health risks of 5G with those falling for the hoax unaware they’re still getting 4G service and not 5G. From their story.:

According to Fierce Wireless, “potentially millions” of people could see the new icon at the top of their smart phone screen by Spring 2019. By the end of 2018, the “latest Android devices” will have access to AT&T’s 5G Evolution network, available in over 400 markets.

This isn’t the first time that AT&T deceived the public with faulty advertisement. The company showed a 4G logo on Apple phones long before 4G was officially rolled out. The phones used 3G technologies that incorporated speed boosting HSPA+, but they were deceptively marketed as 4G.

These marketing ploys have allowed AT&T to get a jump on the rest of the competition. This time AT&T will deceive customers by making them think they are accessing a 5G network months before everyone else. T-Mobile CTO Neville Ray called out AT&T in a recent blog post. AT&T is “duping customers into thinking they’re getting something they’re not,” said Ray.

This deception is important, because it allows the industry a chance to undermine the health risks of 5G. If 5G is supposedly already in use and health effects aren’t observed, then the industry can advance new 5G technology as safe long before the towers are built and its true safety is assessed in the population.

So let’s take an extended look at some of the negative health aspects that 5G will allegedly bring along with its lightning fast speeds from the website Electric Sense. And as their story makes clear, 5G isn’t really for us human beings at all – 4G would have been plenty for us. But 5G is for the ‘machines‘ to communicate with each other. Oh what could go wrong?

With Natural News reporting December 31st that disturbing new evidence suggests that wifi radiation can increase the risks of miscarriages in women by 50%, the dangers are all around us. From the Electric Sense story we get “The Dangers Of 5G – 11 Reasons To Be Concerned“.:

#1 – A DENSER SOUP OF ELECTROSMOG We’re going to be bombarded by really high frequencies at low, short-range intensities creating a yet more complicated denser soup of electrosmog.

#2 – EFFECTS ON THE SKIN The biggest concern is how these new wavelengths will affect the skin. The human body has between two million to four million sweat ducts. Dr. Ben-Ishai of Hebrew University, Israel explains that our sweat ducts act like “an array of helical antennas when exposed to these wavelengths,” meaning that we become more conductive. A recent New York study which experimented with 60GHz waves stated that “the analyses of penetration depth show that more than 90% of the transmitted power is absorbed in the epidermis and dermis layer.” The effects of MMWs as studied by Dr. Yael Stein of Hebrew University is said to also cause humans physical pain as our nociceptors flare up in recognition of the wave as a damaging stimuli. So we’re looking at possibilities of many skin diseases and cancer as well as physical pain to our skin.

#3 – EFFECTS ON THE EYES A 1994 study found that low level millimeter microwave radiation produced lens opacity in rats, which is linked to the production of cataracts. An experiment conducted by the Medical Research Institute of Kanazawa Medical University found that 60GHz “millimeter-wave antennas can cause thermal injuries of varying types of levels.

#4 – EFFECTS ON THE HEART A 1992 Russian study found that frequencies in the range 53-78GHz (that which 5G proposes to use) impacted the heart rate variability (an indicator of stress) in rats. Another Russian study on frogs who’s skin was exposed to MMWs found heart rate changes (arrhythmias).

#5 – IMMUNE SYSTEM EFFECTS A 2002 Russian study examined the effects of 42HGz microwave radiation exposure on the blood of healthy mice. It was concluded that “the whole-body exposure of healthy mice to low-intensity EHF EMR has a profound effect on the indices of nonspecific immunity”.

#6 – EFFECTS ON CELL GROWTH RATES A 2016 Armenian study observed MMWs at low intensity, mirroring the future environment brought about by 5G. Their study conducted on E-coli and other bacteria stated that the waves had depressed their growth as well as “changing properties and activity” of the cells. The concern is that it would do the same to human cells.

#7 – EFFECTS ON BACTERIA RESISTANCE The very same Armenian study also suggested that MMWs effects are mainly on water, cell plasma membrane and genome too. They had found that MMW’s interaction with bacteria altered their sensitivity to “different biologically active chemicals, including antibiotics.” More specifically, the combination of MMW and antibiotics showed that it may be leading to antibiotic resistance in bacteria. This groundbreaking finding could have a magnum effect on the health of human beings as the bandwidth is rolled out nationwide. The concern is that we develop a lower resistance to bacteria as our cells become more vulnerable – and we become more vulnerable.

#8 – EFFECTS ON PLANT HEALTH One of the features of 5G is that the MMW is particularly susceptible to being absorbed by plants and rain. Humans and animals alike consume plants as a food source. The effects MMW has on plants could leave us with food that’s not safe to consume. Think GMOs on steroids. The water that falls from the sky onto these plants will also be irradiated. Indications are that 5G will be particularly harmful to plants – perhaps more so than to humans.