by Lisa Egan, The Organic Prepper: 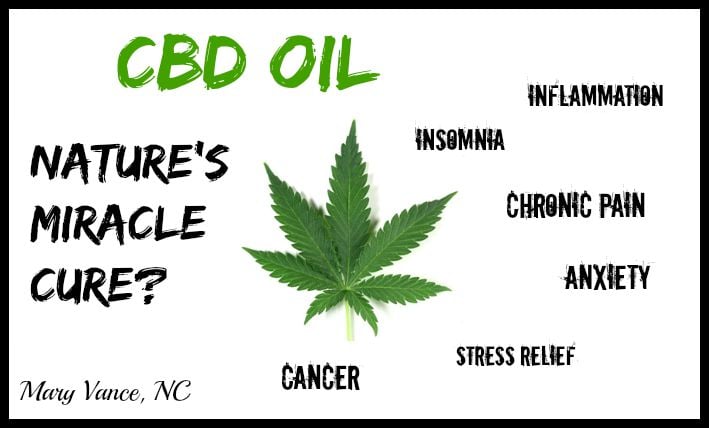 It’s about time because CBD is a fascinating compound that has tremendous therapeutic value.

The list of health concerns and conditions CBD has been shown to benefit include:

Unfortunately, decades of disinformation and outright lies about the cannabis plant have led many to believe that marijuana and hemp are dangerous and have no medicinal value.

Of course, nothing could be further from the truth.

Thankfully, a growing body of research is revealing the abundant benefits of the cannabis plant.

Let’s explore those benefits, but first – let’s talk about what CBD is and what it does in the body.

Cannabidiol (CBD) is one of over 60 compounds found in cannabis that belong to a class of ingredients called cannabinoids.

Cannabinoids are a diverse set of chemical compounds that bind to special receptors in the human body that make up what is known as the endocannabinoid system, explains Medical Jane:

The “key and lock” metaphor is often used to describe this process. The human body possesses specific binding sites (“locks”) on the surface of many cell types, and our body produces several endocannabinoids (“keys”) that bind to these cannabinoid receptors (CB) to activate or “unlock” them.

When a cannabinoid causes a receptor to act in the same way as it would to a naturally occurring hormone or neurotransmitter, then it is labeled “agonist.” On the other hand, if the cannabinoid prevents the receptor from binding to the naturally occurring compound, thereby causing the resulting event (e.g., pain, appetite, alertness) to be altered or diminished, it is labeled “antagonist.” Research is mounting to better understand how specific cannabinoids can unlock (or lock in some cases) specific receptors.

Over 100 phytocannabinoids have been identified in the cannabis plant, many of which have documented medicinal value. Most are closely related or differ by only a single chemical part. The most talked-about and researched cannabinoids found in the cannabis plant are tetrahydrocannabinol (THC) for its psychoactive properties (“high feeling”) and cannabidiol (CBD) for its healing properties.

For more information on specific cannabinoids, please see this impressive reference guide: The Ultimate Guide to Cannabinoids in Cannabis.

What is the endocannabinoid system?

The endocannabinoid system is a biological system which plays many important roles in the human body. It is responsible for the physical and psychological effects of cannabis.

Here’s more on the endocannabinoid system, from Project CBD:

The discovery of receptors in the brain that respond pharmacologically to cannabis—and the subsequent identification of endogenous cannabinoid compounds in our own bodies that bind to these receptors—has significantly advanced our understanding of human biology, health, and disease.

It is an established scientific fact that cannabinoids and other components of cannabis can modulate many physiological systems in the human brain and body. Cannabinoids are chemical compounds that trigger cannabinoid (and other) receptors.

According to High Times,

Without distorting the science too much, you could say that human beings are “hard-wired” for weed. The endocannabinoid system runs deep and touches all of the major systems of the body. And that’s why weed can do so many things for us, from altering and regulating moods to stimulating appetites and reducing pain.

And even though cannabidiol has no toxicity for humans—meaning, it doesn’t make you intoxicated (i.e. high)—it is highly reactive with the endocannabinoid system.

To put things as simply as possible, CBD makes things happen. When it binds to the endocannabinoid system’s receptors, it stimulates all kinds of changes in the body.

Most of those changes are incredibly beneficial, and researchers keep uncovering real and potential medical uses for them.

What are the differences between cannabis and hemp?

Hemp is a plant in the Cannabis family.

Here’s an explanation from Medical Jane: