Over the course of the past few years, as we have noted a constant litany of “bombshell” reports from the liberal media complex that have turned into duds as anonymous sources have been shown to have lied, media outlets have had to backtrack, change, delete and offer editor’s notes and corrections, we have seen conservatives, here in our comment section, on social media and forums, asking, when is enough, enough and when will these irresponsible fake news pushers be held accountable?

The cumulative effect of the constant fake news has been a lessening of trust by Americans towards the establishment media, but apparently the straw that finally broke the camel’s back was the recent attack on a group of Catholic high school students, stemming from a selectively edited short video clip (taken from a much longer clip of nearly two hours), in which the liberal media complex, and their social media followers, along with plenty of so-called conservatives (NeverTrumpers) saw the group of teenagers in a MAGA hat, and decided on a narrative, that has since proven to be completely untrue.

The media’s demonizing of children, based on a false premise, the resulting death threats, violent rhetoric against the children and their families, now has liberal media outlets turning against each other, along with a number of apologies and mea culpa’s being publicly published, as other liberals simply rushed to their social media feeds and started deleting their own posts where they too were spreading the fake news.

Nearly a week later, the media has gone from trying to justify their “rush to judgement” based on a selectively edited clip, to claiming they fell for some type of “hoax,” to offering “context,” to finally issuing corrections, and now, we see they are eating their own, turning against each other in an attempt to distract their own readers from their own culpability in letting a MAGA hat trigger them to the point of targeting a bunch of children for death wishes and threats, hate, vitriol and shame.

NOTE– It was the Independent Media that made sure the entire video footage which showed the Covington Catholic students did nothing wrong, went viral. Independent Media hammered the truth, did everything in our collective powers to make sure the liberal media was held accountable for what was done to those students. Please support your choice of IM sites in any way you can, because the consistent censoring by big tech, makes it harder and harder to be able to counter the big liberal news outlets when they promote fake news. 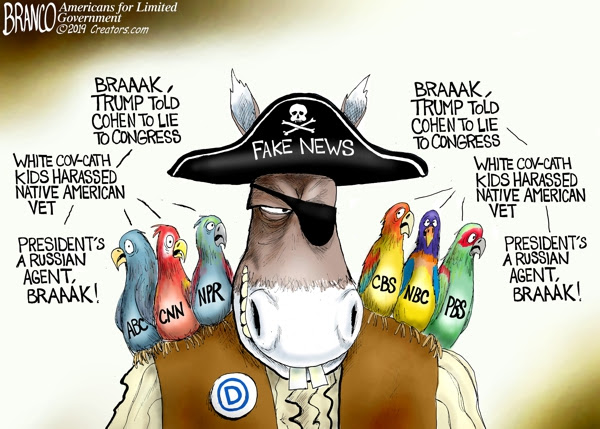 The Atlantic, a liberal website, whose own writer Julie Irwin Zimmerman, was one of the first to publicly offer a very heartfelt account of how she “failed the Covington test.”

The problem with Zimmerman’s account was her concluding paragraph, where she stated “Next time a story like this surfaces, I’ll try to sit it out until more facts have emerged. I’ll remind myself that the truth is sometimes unknowable, and I’ll stick to discussing the news with people I know in real life, instead of with strangers whom I’ve never met. I’ll get my news from legitimate journalists instead of from an online mob for whom Saturday-morning indignation is just another form of entertainment……”

The reason that is so problematic is that it was those “legitimate” journalists that were leading the “online mob.” Bakari Sellers, a CNN contributor, called the boy featured and demonized by the media and liberals on social media, “deplorable,” and said “Some ppl can also be punched in the face.” CNN contributor Reza Aslan said the boy had a “punchable face.”

New York Times headline a piece with “Boys in ‘Make America Great Again’ Hats Mob Native American Elder at Indigenous People’s March,” and one of their writers Maggie Haberman, tweeted the fake news as well “There are dozens of students laughing and egging on the behavior. Will be interesting to see if anyone is actually expelled, as officials suggest is possible.”

Every single “legitimate” outlet and many so-called “journalists” for those outlets all were part of the online mob attacks against the young students, so Zimmerman’s decision to “get news from legitimate journalists,” ignores the very fact that they were the main perpetrators in libeling and slandering those kids.

With that said, another piece from the Atlantic, calls the media out properly, in a piece titled “The Media Botched the Covington Catholic Story – And the damage to their credibility will be lasting.” The writers does an impressive job detailing events as they happened, from the demonizing of the Catholic students to the full video being published, and finally acknowledging they all got it wrong, but at the end of the piece, the writer lambastes the New York Times.

As she was finishing her essay, she received an email from the New York Times, subject heading “Ethics Reminders for Freelance Journalists,” and her concluding paragraph responds to that email:

I am prompted to issue my own ethics reminders for The New York Times. Here they are: You were partly responsible for the election of Trump because you are the most influential newspaper in the country, and you are not fair or impartial. Millions of Americans believe you hate them and that you will causally harm them. Two years ago, they fought back against you, and they won. If Trump wins again, you will once again have played a small but important role in that victory.

The same could be said for every single outlet that is part of the liberal media complex, from CNN, the MSNBC, to Washington Post, ABC News, CBS News, even Fox News, who these days follows the pack rather than waiting for the truth to emerge, getting it right rather than getting it first. 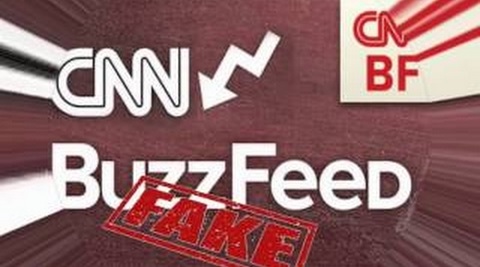 In what has to be one of the most ironic battle of the fake news networks, we see that CNN and Buzzfeed are busying smacking each other around, where CNN, who has been documented in many, many of their own fake news scandals, decided to attack Buzzfeed for their most recent Cohen story, which was debunked by none other than special counsel Robert Mueller’s office.

CNN was one of the first to call foul on BuzzFeed’s fake Michael Cohen news. But that had less to do with journalism than CNN’s hatred for BuzzFeed.

Since then CNN has the most aggressive org going after BuzzFeed for the fake story and demanding consequences. But that’s not all. CNN has run multiple pieces bashing BuzzFeed on a variety of topics.

Why do the two fake news orgs hate each other so much?

CNN did poach some critical BuzzFeed people with disastrous results. And its boss made it clear that he resents BuzzFeed even while wanting to be it. BuzzFeed has complained that CNN isn’t giving it credit. And CNN has repeatedly attacked BuzzFeed for being sloppy.

One of the most interesting takes I have seen from an outlet that now proves they learned nothing from letting their MAGA hat-triggered, push of fake news, comes from Wapo, who claims the media is the victim, because those mean Trump supporters in the “Trump Internet,” were just waiting for them to screw up and “pounced” when the liberal media complex, did, in fact, push fake news.

“It took close to 48 hours for reporters, and a divided America, to fully grasp what had occurred, and to whom. At that point, President Trump weighed in with a tweet supportive of the Covington schoolboys, kicking the dust cloud up anew,” writes the Post.

“But when new details shifted the story into more ambiguous territory, a well-oiled machine of pro-Trump personalities and sites saw an opportunity to strike,” adds the authors.

I’ll admit, as I was reading a part of that Wapo piece out loud to Stefan yesterday, I laughed because I could imagine the writer, so self-righteous, crying while writing how mean everyone was for calling them out for being triggered by a bunch of high school students wearing MAGA  hats.