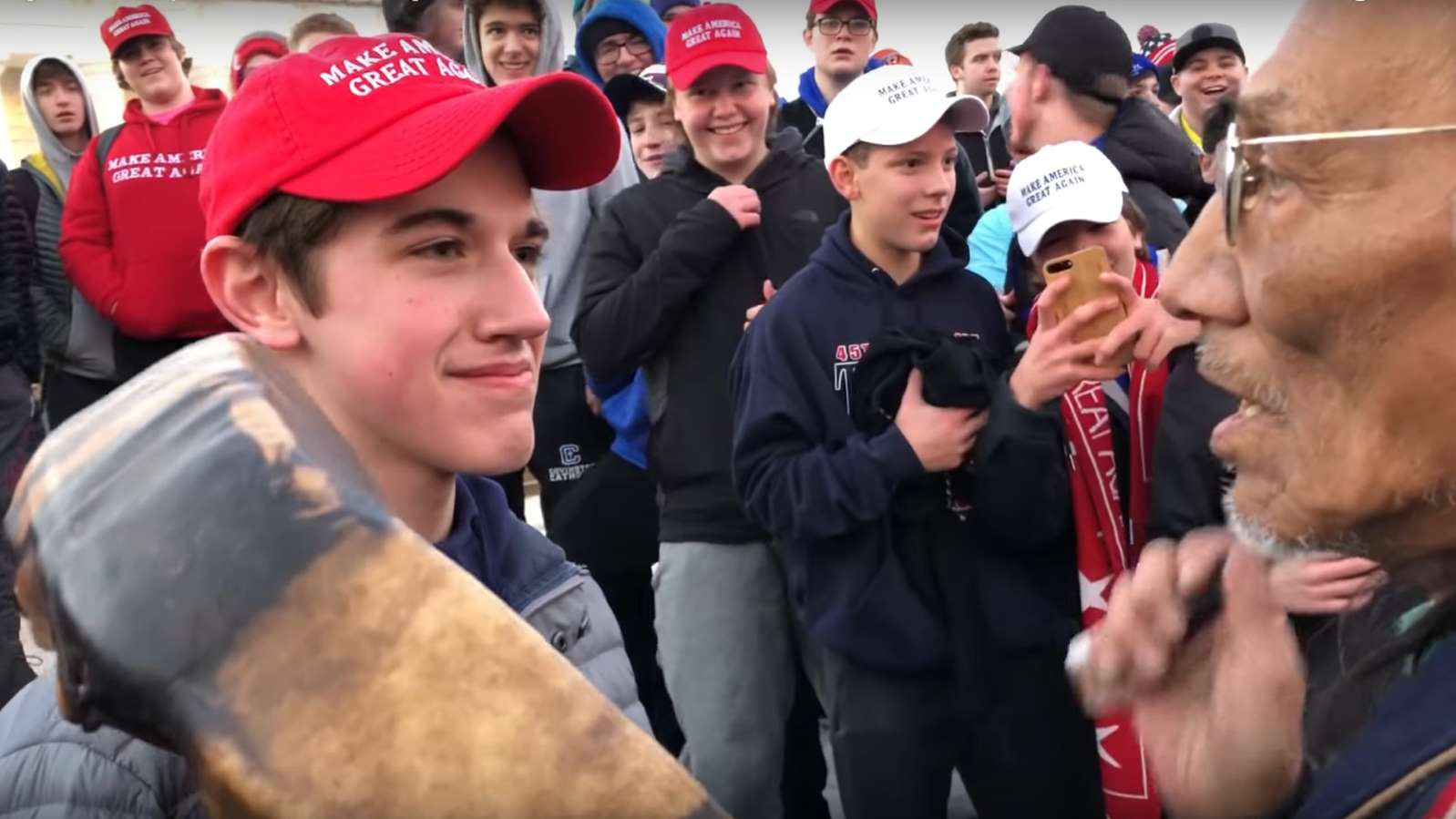 More than anything else, wearing a MAGA hat is a way to publicly identify yourself as a Trump supporter.  Of course other politicians have used apparel to promote themselves in the past, but when Donald Trump introduced the red MAGA cap early on in his presidential run, it changed everything.  Today, the red MAGA hat has become an iconic symbol that is instantly recognizable everywhere in the entire country, but it is also a lightning rod that can provoke a violent backlash from those on the left.  And for millions of teens that wish to rebel against the dominant politically-correct culture of the day, such a symbol can be irresistible, and perhaps that is why so many of them are now wearing MAGA hats.  The following originally comes from a Vox article entitled “It isn’t just the Covington Catholic students — MAGA hats are a teen trend”…

MAGA hats, however, hold special significance for some middle and high school students. Travel to any tourist destination in DC and you’ll see swaths of school groups, many of them wearing hats purchased at nearby souvenir shops.

Of course Vox is definitely not applauding these teens for wearing these hats.  In fact, the article goes on to state that MAGA hats are “a familiar marker of exclusionary preteen politics”…

But for those for whom the phrase “Make America Great Again” refers to only a small slice of who or what “America” is, it isn’t just a hat. One Muslim American mother whose son went on a middle school trip to DC in which “every single white kid besides maybe one or two” returned wearing a MAGA hat said that the red caps became a familiar marker of exclusionary preteen politics.

The author of that article would have never made the same sort of accusation about groups of teens that were wearing Obama caps, because that would not be a politically-correct thing to do.

But somewhere along the line it became acceptable to label Donald Trump, all Republicans and anyone that supports them as “racists”, and all of this constant fueling of anger and hatred is going to have very serious implications for our nation down the road.

If you doubt this, just look at what just happened to “the Covington kids”.  Photos and video clips that were completely taken out of context resulted in calls for violence against them from liberals all across the country…

Tucker Carlson excoriated famous liberals and a few anti-Trump GOP who called for the harassment, assault and murder of a group of Kentucky high school students who were falsely accused of bigotry against a Native American man, Nathan Phillips, at a pro-life demonstration on the steps of the Lincoln Memorial.

Based on an out-of-context “staredown” between student Nick Sandmann and Phillips, high-profile liberals across Twitter went on a blitzkrieg of fake news over the weekend – falsely claiming that the Covington High School group harassed Phillips while chanting “build the wall” – which never happened.

Covington Mayor Joe Meyer called the students “appalling.” Presidential candidate and Sen. Elizabeth Warren, D-Mass., praised the Native American for his “dignity and strength” in the face of the teenagers’ “hateful taunts.” CNN’s Reza Aslan asked if anyone had “ever seen a more punchable face than this kid’s.” The ostensibly conservative National Review declared, “The Covington students might as well have spit on the Cross.”

Of course as more video evidence emerged, it quickly became clear that it was actually a group of radical leftist protesters that were attempting to intimidate those kids.  As one group of protesters shouted insults at the kids that I can’t even print in this space, Nathan Phillips approached Nick Sandmann and started beating a drum just inches from his face.

Who does such a thing to a young kid?

And then somehow the media got everyone to believe that young Nick Sandmann was the aggressor, which was not true at all.  But what most people will ultimately remember about this story is the narrative that Sandmann was “attempting to intimidate” a member of the Native American community while wearing a large red MAGA hat on his head.

The fury that has been directed at Sandmann has been off the charts.  For example, Hollywood producer Jack Morrissey suggested that Sandmann should be fed into a woodchipper…

“#MAGAkids go screaming, hats first, into the woodchipper,” Morrissey tweeted with a photo of a woodchipper.

As does Kathy Griffin, who said things about Sandmann on Twitter that I cannot even repeat.

And what was Sandmann’s crime?

Simply smiling in the face of insults and persecution while wearing a MAGA hat.

The White House reached out to the Covington kids to show their support, and there are rumors that they may eventually visit the White House…

President Donald Trump’s administration “reached out” to offer support for the Covington Catholic High School students involved in a confrontation at the Lincoln Memorial over the weekend, but officials pushed back on a report that the students would visit the White House this week.

“We’ve reached out and voiced our support,” White House press secretary Sarah Sanders said in a statement Tuesday. “If the president does have them here, it will be sometime after the shutdown, if that happens.”

Hopefully that visit will take place, because after everything that they have been through those kids certainly deserve it. 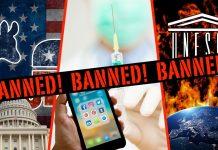