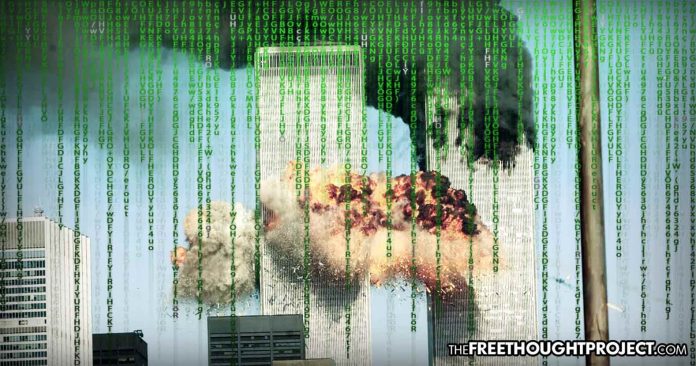 The Dark Overlord hacker group has released the encryption keys for 650 documents it says are part of the “9/11 Papers” and expose the truth about what happened.

The Dark Overlord hacker group has released decryption keys for 650 documents it says are related to 9/11. Unless a ransom is paid, it threatened with more leaks that will have devastating consequences for the US ‘deep state’.

The document dump is just a fraction of the 18,000 secret documents related to the September 11, 2001 terrorist attacks believed to have been stolen from insurers, law firms, and government agencies.

The Dark Overlord initially threatened to release the 10GB of data unless the hacked firms paid an unspecified bitcoin ransom. However, on Wednesday, the group announced a “tiered compensation plan”in which the public could make bitcoin payments to unlock the troves of documents.

A day later, the Dark Overlord said that it had received more than $12,000 in bitcoin – enough to unlock “layer 1” and several “checkpoints,” comprised of 650 documents in total.

There are four more layers that remain encrypted and, according to the group, “each layer contains more secrets, more damaging materials… and generally just more truth.”

The hackers are asking for $2 million in bitcoin for the public release of its “megaleak,” which it has dubbed “the 9/11 Papers.”

The group has also offered to sell the documents to terrorist groups, foreign governments, and media outlets. When RT approached the hackers for comment, they proposed providing the channel exclusive access to the potentially explosive papers – for a price, of course.

“They were willing to sell those documents to me. So it’s all about money for them,” RT America correspondent Michelle Greenstein said.

By design, the “layer 1” documents – if authentic – do not appear to contain any explosive revelations. The publications focus mostly on testimonies from airport security and details concerning insurance pay-outs to parties affected by the 9/11 attacks. However, the data dump suggests that the group is not bluffing.

“Let this serve as more definitive proof that what we’re saying is true, and that we’re doing exactly as we promised you. Continue to keep the bitcoins flowing, and we’ll continue to keep the truth flowing,” they wrote in a message that included the decryption keys.

Shortly after releasing the decryption keys, the group posted an ultimatum addressed to “the nation-state of the United States of America and the greater deep-state.”