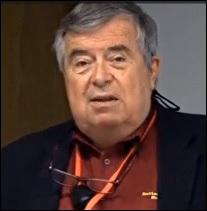 A jaw-dropping video of a lecture James Kidney delivered at Lake Forest College outside of Chicago on October 12 arrived in our incoming email last Friday. The courage and frankness of that lecture took our breath away. It has also, no doubt, caused major ripples among the top brass at what is supposed to be the nation’s most formidable Wall Street cop, the Securities and Exchange Commission (SEC).

In the lecture, Kidney calls the leadership of the SEC when he worked there “self-serving cowards” who didn’t go after the higher ups on Wall Street following the crash of 2008 because they were simply “looking to move on, to return to their Wall Street job.” (We don’t think much has since changed at the SEC. See SEC Nominee Has Represented 8 of the 10 Largest Wall Street Banks in Past Three Years.)

Kidney was a trial attorney at the SEC for 25 years until his retirement in 2014. He had never lost a case. According to Jesse Eisinger’s book, The Chickenshit Club, which features a full chapter on Kidney, in 2001 Kidney had “won the agency’s Irving M. Pollack Award,” named after the original head of enforcement at the SEC, “for his dedication to public service.”

In other words, Kidney had enjoyed a stellar career at the SEC until one day in 2009 when a Goldman Sachs case, now infamously known as Abacus, was assigned to him. Abacus became a civil suit brought against Goldman Sachs and one of its lowly salesmen, Fabrice Tourre. Goldman Sachs settled its charges with a payment of $550 million and never went to trial. Not only did the corporation not stand trial, but neither did the American hedge fund owner, John Paulson, who, according to Kidney, plotted with Goldman Sachs to create a bundled pool of assets designed to fail so that he could make  $1 billion betting against it (known as shorting). Unsuspecting investors lost approximately the same $1 billion that Paulson’s hedge fund made.

Tourre was found guilty by a Manhattan jury on six out of seven fraud counts and agreed to pay more than $825,000 in fines. He was never criminally charged and did not go to jail.

The Abacus case put Kidney on a course to deliver a blistering assessment of the SEC at his retirement party in 2014, setting off pandemonium inside the SEC when the speech went viral at major media outlets. In the speech, Kidney blamed the demoralization at the agency on its revolving door to Wall Street. The best SEC lawyers, according to Kidney, “see no place to go in the agency and eventually decide they are just going to get their own ticket to a law firm or corporate job punched.”

Kidney had pushed, to no avail, for higher ups in the chain of command at Goldman Sachs to be prosecuted along with Paulson. In his lecture at Lake Forest College, Kidney now concedes that all that pushing got him was “bounced” from the case. After that, he says he was mostly given “small potato” cases that someone of his experience should not have been given. Kidney includes a slide in his lecture comparing Goldman Sachs to a snake oil salesman. (The company is currently facing criminal charges in Malaysia on allegations of participating in another massive fraud there, with news breaking today that it may also pay its way out of that fraud.)

But Kidney didn’t stop with his blistering retirement speech. In 2016, Jesse Eisinger ran an article at ProPublica on the Abacus case, indicating that “Kidney recently provided me with a cache of internal documents and emails about the Abacus investigation.”

When Eisinger’s book, The Chickenshit Club, was published the following year, it included excerpts of numerous documents on the Abacus case, including this memo from Kidney which argued that the SEC should have considered charging Paulson & Co., John Paulson, as an individual, and others for the Abacus fraud:

“Each of them knowingly participated, as did Goldman and Tourre, in a scheme to sell a product which, in blunt but accurate terms, was designed to fail. An important part of the scheme was, of course, not to inform investors the product was designed to fail and, further, to lull them into confidence about the offering by promoting the participation of a supposed independent entity to select the underlying assets which dictated the performance of the offering. This was intentionally done to disguise the participation and veto authority of Paulson & Co. in selecting the assets. In other words, the current and possibly additional evidence suggests they should be sued for securities fraud because they are liable for securities fraud.”

But it wasn’t just the SEC that failed to bring higher ups on Wall Street to court. The SEC has only civil powers. It takes the U.S. Department of Justice to bring Federal criminal cases against Wall Street which can put people in jail. Kidney noted the following during his lecture at Lake Forest College: “So far as I can determine, and I have followed this closely over the years, only two actual people, employed by Wall Street banks, ever were named defendants by the SEC or the Department of Justice” for crimes connected to the epic Wall Street crash that brought down the U.S. economy. The two were Fabrice Tourre of Goldman Sachs and Kareem Serageldin of Credit Suisse.

Wall Street On Parade has written extensively about why the co-opted Justice Department has not pursued criminal charges against the Wall Street titans. (See here, here and here.)

During the Lake Forest College lecture, Kidney put up a chart to show how Wall Street’s epic corruption impacted the average American and the U.S. economy. The chart shows that $19 trillion in U.S. wealth was lost; there was a 30 percent drop in housing prices; 8.8 million American jobs were lost; and 10 million homes were lost to foreclosure.