Joel: G’day, Doug. Read anything in the past week that made you laugh or cry… or both?

Doug: I try to limit my exposure to current events, Joel. But if you’re going to be active in the financial markets—which I am—you have no choice but to expose yourself to what journalists write. I find it mildly entertaining sometimes. But mostly just try to sort out the facts from the half-truths and lies.

Joel: Ok, let’s get back to our REAL State of the Union project, whereby we examine the present day United States of America in light of the ideals enumerated in the first ten amendments to the American Constitution, also known as the Bill of Rights.

Today we look at the 3rd such amendment, worded as follows:

“No Soldier shall, in time of peace be quartered in any house, without the consent of the Owner, nor in time of war, but in a manner to be prescribed by law.”

Before we delve into the historical context and what it means today, it’s interesting to note the conspicuous dangling caveat “to be prescribed by law.” In other words, “the state must refrain from allowing its military to trespass on private property… unless it chooses to make a law allowing such an action.”

Doug: That’s exactly right. Although the Constitution itself, and the Bill of Rights in particular, were admirable for their time, they’ve largely been interpreted out of existence today. They—at least the Bill of Rights— are supposed to protect the individual from the State, but they’re now effectively dead letters. The US Government does pretty much as it likes.

Of course, rights don’t magically arise from pieces of paper signed by long-dead men, however noble their intentions may have been. And anyone who relies on a government to uphold his individual rights will likely find he’s in direct opposition to the State’s own agenda. Which means he’s probably wasting his time—or, more likely, painting a target on himself.

Still, the Bill is a useful framework for a discussion….

Joel: An excellent reminder, Doug. Bearing that in mind, let’s talk the 3rd.

At the time this amendment was written, in the late 18th century, both the English and the Americans harbored a preternatural fear of standing armies. They worried that groups of armed men barracked together might get “trigger-happy” and so pose a threat to the peace. And yet, each recognized the need for some form of cooperative, security-cum-protection.

The English, for their part, sought to resolve this conundrum by dispersing their troops among the general populace, billeting them in private quarters. The Americans, as outlined in the Second Amendment (which we covered here and here), favored a well-armed militia.

Can you talk about the difference between those two ideas for a second and why it’s important?

Doug: Yes, the Third Amendment really touches on the nature of the military itself and how it relates to the citizenry at large. As I remarked when we discussed the 2nd Amendment, the best type of a military for a free country is actually a militia, not a draft army or a mercenary army—which are the two alternatives.

That’s because the militia are boarded in their own houses, a bit like the way the Swiss do it today. This isn’t a problem for the Swiss because most men are actually citizen soldiers. They don’t have to live in barracks, except for brief periods in training.

Frankly, when a country’s citizens are unwilling to defend themselves, and they have to either be forced to do it with a draft, or hire mercenaries to do it—then they don’t deserve either freedom or safety.

A bit of historical background might be in order. Under the Quartering Act, which the British parliament passed in 1765, the colonists were required to furnish provisions and assorted other necessaries for billeting troops, the redcoats. That included shelter and bedding, but also food, firewood and even beer. It’s not hard to imagine why the Americans might have felt imposed upon. And why they eventually rebelled against their unwanted guests, as was the case in Massachusetts during the Boston Tea Party, among other examples.

In any case, the people were right to distrust the soldiers stationed among them. Standing armies are always not just very expensive but very dangerous too.

It’s a pity, as well as very dangerous, that the military is the only institution in the United States that anybody loves and trusts anymore. That’s possibly because it’s the least corrupt, at least once you get outside of the Pentagon— which is extremely corrupt.

Joel: That’s a drastic cultural shift, from an inherent distrust of the military to the current socio-political climate, where it’s considered not merely impolite but potentially traitorous to even so much as question “our men and women in uniform.”

People who suffered under military dictatorships elsewhere might find this era of compulsory reverence troublesome to say the least. What’s your take?

Doug: Apotheosizing the military, as Americans now do, is a big mistake. Throughout all of history soldiers have always been the bottom of the barrel. Throughout Western history, professional soldiers were people that couldn’t do anything else but could be trained to be killers, and were willing to be used as cannon fodder.

Gibbon, in his Decline and Fall of the Roman Empire said, “Any order of men who are accustomed to slavery and violence make for very poor guardians of a civil constitution.”
And it’s not just in the Western world, either. The Chinese have an expression, “Good steel is not used to make nails and good men are not used to make soldiers.” 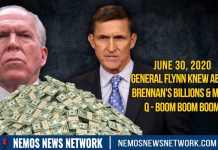