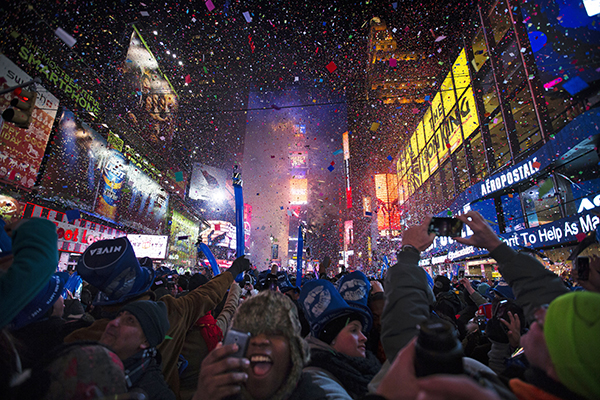 President Donald Trump sent a New Year’s greeting to the American people, reminding them that he was still at the White House trying to get funding for border security.

“While I’m at the White House working, you’re out there partying tonight, but I don’t blame you,” Trump said in a video posted to Twitter.

The president remained at the White House on Monday, missing his traditional New Year’s Party at Mar-a-lago as the partial government shutdown continued.

“Enjoy yourselves, have a great year, have a really, really, Happy New Year!” Trump continued.

The president again defended his demand for a wall, noting that walls worked for securing the border.

“Throughout the ages some things NEVER get better and NEVER change,” he wrote. “You have Walls and you have Wheels. It was ALWAYS that way and it will ALWAYS be that way! Please explain to the Democrats that there can NEVER be a replacement for a good old fashioned WALL!”

“The Democrats will probably submit a Bill, being cute as always, which gives everything away but gives NOTHING to Border Security, namely the Wall,” he wrote.

The president dismissed other border security funding as “tech stuff” and “meaningless bells and whistles.”