Earlier, TsNIITochMash, the design bureau tasked with creating the next-generation air-droppable artillery piece for the Russian military, promised that it would be ready for testing by the Airborne Forces and the Naval Infantry by 2019.

The Central Research Institute of Precision Engineering (Russian TsNIITochMash) has released the first publicly available photo of the Lotus, a new self-propelled, trackedartillery unit. The image, appearing in the design bureau’s 2019 corporate calendar, was made available online on the design bureau’s Instagram account.

The image was accompanied by a statement by Dmitri Melikhov, chief engineer in charge of the Lotus project, who explained that in designing the project, “the lotus flower was a kind of inspiration for us. Notwithstanding its outward fragility, it grows in the most difficult conditions. It is a perfect combination of beauty, grace and indestructibility.”

According to the chief designer, the Lotus airborne artillery system boasts “high ballistic characteristics and effectiveness of ammunition, designed in accordance with the principal of the ‘golden ratio’,” i.e. not only optimal weight and dimensions, but also a graceful silhouette.

The Lotus is expected to replace the Nona-S, a lightweight, air-droppable 120 mm gun-mortar, a Soviet design first introduced in 1981 which proved its effectiveness against the Mujahedeen in Afghanistan. Earlier, designers explained that the Lotus project aimed to further enhance the firepower and manoeuvrability  of the mobile artillery used by the Airborne Forces. 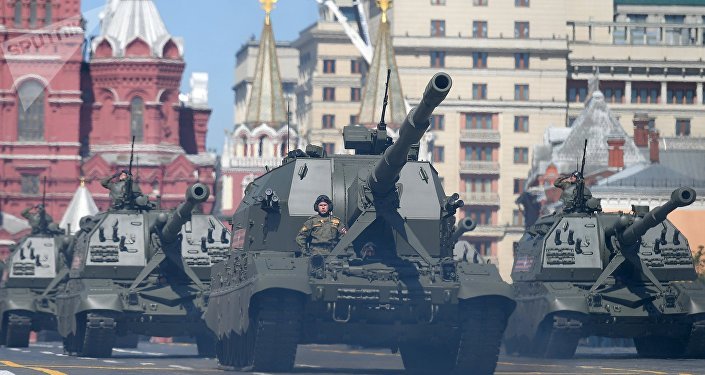 According to Zvezda, the official television channel of the Russian Defence Ministry, the Lotus has a maximum firing range of 13 km, a rate of fire of 6-8 shots per minute, can be converted to and from firing position in 30 seconds, and features new high-precision ammunition. The nimble system is believed to weigh of 18 tonnes, have a maximum speed of 70 km per hour, and to have a crew of four.