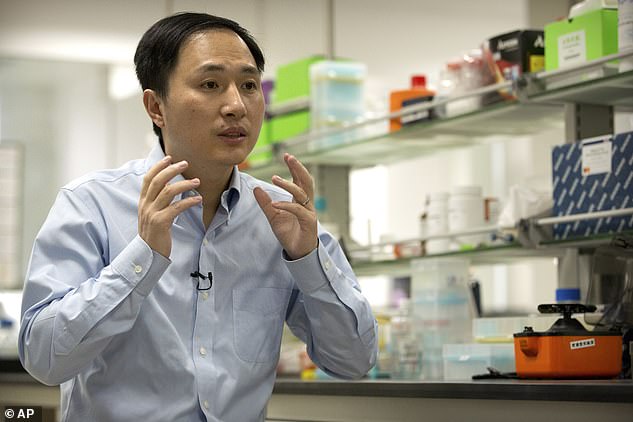 The rogue scientist who created the world’s first genetically modified babies was forcefully denounced by Chinese authorities on Monday for defying numerous laws and committing fraud for the sake of “personal fame and gain” and will face severe repercussions, with many of his colleagues believing he is likely to face capital punishment.

On Monday, investigators in Guangdong province announced that they had completed their preliminary investigation of He Jiankui, an associate professor at the Southern University of Science and Technology in Shenzhen.

According to Xinhua news agency, the officials found that the researcher had knowingly skirted supervision, faked laboratory work, forged papers, raised funds and organized scientists to assist in the illegal genetic editing of human embryos.

“In June 2016, He started the project and organized a team that included some overseas members. He conducted the gene-editing activities using technologies without safety and effectiveness guarantee.

As HIV carriers are not allowed to have assisted reproduction, He asked others to replace the volunteers to take blood tests and asked researchers to edit genes on human embryos and implant them into the females’ body.

… The activities seriously violated ethical principles and scientific integrity and breached relevant regulations of China, according to the investigation.”

In November, He shocked the world and earned the reputation of a “mad scientist” and “China’s Frankenstein” after formally announcing to the International Summit on Human Genome Editing in Hong Kong that he had successfully used the CRISPR/Cas9 targeted genome editing tool to modify two twins’ embryos and switch off an HIV-related gene to prevent them from contracting the virus, which their father has.

He was met with broad skepticism by his colleagues and sharply denounced by the organizing committee of the Summit, who said that “even if the modifications are verified, the procedure was irresponsible and failed to conform to international norms.”

In the following days, He announced that there had been another pregnancy involving a genetically-modified embryo.

He was immediately confronted with a storm of controversy, including death threats and withering questions from the scientific community, who questioned the ethical and medical concerns of toying with human childbirth. In a statement, 122 Chinese scientists blasted He as “crazy” and his actions as constituting “a huge blow to the global reputation and development of Chinese science.”

Critics also charged the scientist with dodging oversight, rushing his work, and risking the development of genetic mutations or even altering the gene pool of the entire human species.  It remains unknown as to whether the twins, named Lulu and Nana, are actually immune to HIV or if they will face health consequences in the future. In past experiments, embryos were damaged or incompletely edited if not escaping the editing process entirely, according to SciDev.Net.