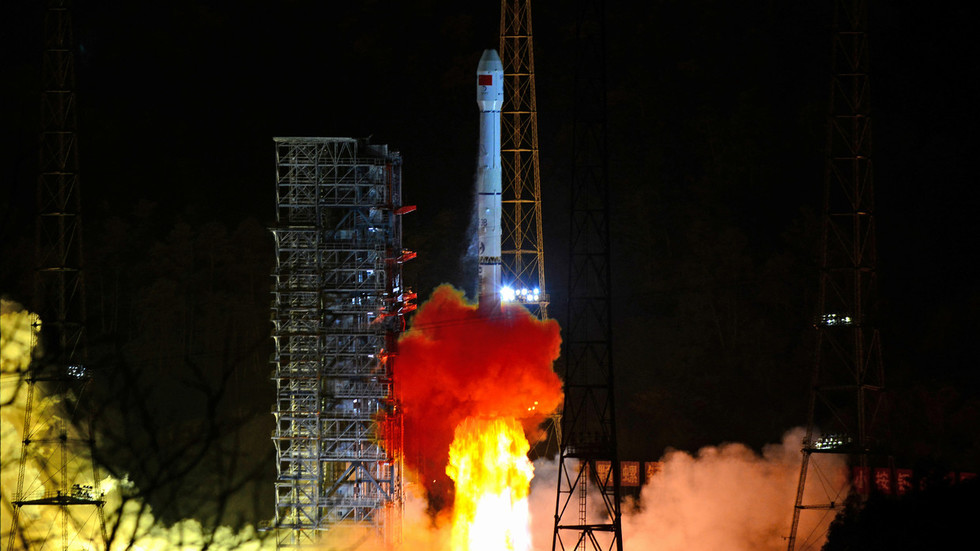 The Chinese robotic probe Chang’e 4 has landed on the dark side of the moon, becoming the first manmade craft to alight on the unexplored surface, according to reports from Chinese state media.

The probe reportedly landed in the South Pole-Aitken basin, the oldest, largest, and deepest crater on the moon’s surface. The moon’s dark side remains largely unexplored because its position shields it from radio frequencies, preventing direct contact with the Earth. To solve that problem, China launched the relay satellite Queqiao earlier this year to transmit signals from the dark side.

The first photo relayed back to Earth by the probe shows a relatively flat, rocky surface pockmarked by a large crater.

Chang’e 4 will perform several experiments while on the moon, including testing whether plants will grow in the low gravity environment, exploring the poles to find water or other resources, observing the interaction between solar winds and the lunar surface, and conducting the first lunar low-frequency radio astronomy experiment.

“Since the far side of the Moon is shielded from electromagnetic interference from the Earth, it’s an ideal place to research the space environment and solar bursts, and the probe can ‘listen’ to the deeper reaches of the cosmos,” said Tongjie Liu, deputy director of the Lunar Exploration and Space Program Center at China’s National Space Administration.

The Chinese probe had been circling the moon in an elliptical orbit in preparation for landing since Sunday. The mission left Xichang Satellite Launch Center on December 8 and was reported to have reached lunar orbit four days later.

China is a relative newcomer to space travel compared to the US and Russia, but has been making up for lost time at a rapid rate. The country’s last lunar rover, Yutu, had spent 972 days on the lunar surface by the time its mission ended in 2016.