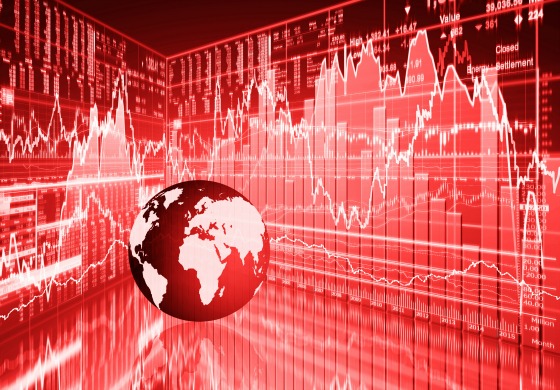 The Dow futures dropped nearly 300 points on the troubling economic news in China. Coupled with the disastrous trade war, 2019 could very well be a bloodbath for the stock market.

The United States stock index futures fell sharply on Wednesday, the first trading day of the new year, as disappointing economic data from China hampered global risk appetite, CNBC reported. At around 7 a.m. Eastern Time on Wednesday, Dow Jones Industrial Average futures pointed to a drop of 362 points at the open. Futures on the S&P 500 and Nasdaq 100 also pointed to a weak open signaling the beginning of 2019 could be a bloodbath for the stock market.

The moves in premarket trade come after a private sector survey showed manufacturing activity in the world’s second-largest economy contracted for the first time in 19 months. China’s Markit Manufacturing Purchasing Managers’ Index (PMI) for December dipped to 49.7 from 50.2 in November. -CNBC

That is likely in part due to the ongoing trade war levied against the American and Chinese consumers. The weaker-than-expected data follows a poor official survey on factory output, compounding concerns about a possible economic slowdown this year as public suffers under the cost of the horrific trade war.

According to CNBC, futures also fell after The New York Times reported that U.S. Trade Representative Robert Lighthizer told friends and associates that he wants to prevent President Donald Trump from accepting “empty promises” from China on the trade front. The two countries are currently negotiating a trade deal after exchanging tariffs on billions of dollars worth of their goods.

Trump has repeatedly told his advisers that Chinese president Xi Jinping is someone with whom he can cut a big deal, according to people who have spoken with the president. On Saturday, Trump called Xi to discuss the status of talks, tweeting afterward that good progress was being made. “Deal is moving along very well,” Trump declared.

But the stock market is not seeming to respond positively to Trump’s tweet. The New Year sell-off comes after a difficult 2018 for many investors. Last year was the worst for US stocks since 2008. December was a particularly dreadful month, with the Dow plunging 8.7%.