Salvador told reporters Ecuador did not have access to the results of the tests as doctors are forbidden from sharing patient information in the UK.

A lawyer for Assange stated he did not know the results of the medical tests, while further calling on Ecuador to produce documentation proving that the UK would not extradite him to any country where his life would be at risk. Most notably, an at-risk country would be the United States, which WikiLeaks noted just tortured a former CIA agent and suspected alleged WikiLeaks Vault 7 leaker, Joshua Schulte by bolting him to the floor, video-monitoring and strip-searching him. If we are being honest, when they got their hands on Assange, would probably do much of the same except 100x worse to the WikiLeaks founder for exposing numerous crimes by the U.S. government.

“We insist that they show us the letter from the United Kingdom,” Assange’s lawyer, Carlos Poveda said. Adding, “the protocol is meant to set the rules of his living situation, but it seems more like a penitentiary regime.”

Last week, Lenín Moreno made comments on a radio interview stating that “Britain had provided sufficient guarantees that the WikiLeaks founder won’t be extradited to face the death penalty abroad in the U.S.” Associated Press reported.

Moreno further added that a deal had been reached between London and Quito to allow Assange to leave. “The way has been cleared for Assange to take the decision to leave in near-liberty,” Moreno said, failing to expand on what exactly “near-liberty” means in context. One can only speculate what that means for Assange … and it’s not good news. 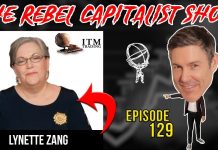