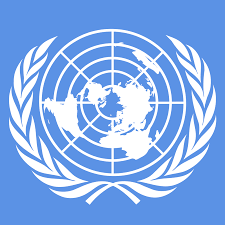 I recently wrote an article entitled Which Side Will Declare Martial Law First? I was reacting to both what I was told by an official who has Trump’s ear and circumstantial evidence coming out of the New California movement (eg Paul Preston).

I was subsequently asked by someone  of significant influence to write the original article. The obvious hope was that Deep State’s intentions would be exposed to the public and the light of day would

On December 23rd, Fox news contributors are reporting that Trump had repeatedly told General Mattis, early in the year, we had to be out of Syria in less than 6 months and that the troops would  be needed elsewhere. The unspoken part of this that went unanswered is “Where is elsewhere”?  This was not even addressed. But then again, this Fox and they are the “controlled opposition” masquerading as the voice of the conservative movement.

Where Will the Withdrawn Troops Be Needed?

I don’t need Fox News’ permission to answer the obvious and unanswered question, where are the troops going to be needed? Does anyone find it extremely curious why NONE of the Fox News contributor from Carlson to Hannity have even bothered to ask the question….”Where are the withdrawn troops being deployed?…What location?…What mission?… Will they get a vacation?…”

Interesting and coinciding with the announced troop withdrawals from Syria and Afghanistan, Blackwater announced “We are coming…” and the obvious intention for the ad is that they are seeking (mercenaries)… If, like me, you do not believe in coincidences, it is obvious, that the wars in Syria and Afghanistan are about to get privatized.

From the Military Times:

…Secretary of Defense Jim Mattis is out…

…Mattis’ resignation comes amid news that President Donald Trump has directed the drawdown of 2,000 U.S. forces in Syria, and 7,000 U.S. forces from Afghanistan, a U.S. official confirmed to Military Times, a story first reported by the Wall Street Journal.

This month, in the January/February print issue of the gun and hunting magazine “Recoil,” the former contractor security firm Blackwater USA published a full-page ad, in all black with a simple message: “We are coming.”

Is the war in Afghanistan — and possibly elsewhere ― about to be privatized?

If Blackwater returns, it would be the return of a private security contractor that was banned from Iraq, but re-branded and never really went away. By 2016 Blackwater had been re-named and restructured several times, and was known at the time as Constellis Group, when it was purchased by the Apollo Holdings Group. Reuters reported earlier this year that Apollo had put Constellis up for sale, but in June the sale was put on hold…

…In an previous exclusive interview with Military Times, (former Blackwater CEO) Prince said he would scrap the NATO mission there and replace the estimated 23,000 forces in country with a force of 6,000 contracted personnel and 2,000 active-duty special forces.

The potential privatization of the Afghan War was previously dismissed by the White House, and roundly criticized by Mattis, who saw it as a risk to emplace the nation’s national security goals in the hands of contractors.

“When Americans put their nation’s credibility on the line, privatizing it is probably not a wise idea,” Mattis told reporters in August.

This is is clearly why Mattis is out. Mattis claims that the Kurds would be left unprotected is blatantly false, as they will be protected, by Blackwater.  The mission in Afghanistan would continue but without the policy obstacles governing the rules of engagement. Blackwater would be free to operate outside of NATO’s excessive restrictive rules of when and how they could engage the enemy. This is a “step up” move in engagement and Senator-elect, Kyrsten Sinema’s (D) Taliban friends better watch out because they will face a more determined and active force.

This brings into question, Mattis’ loyalties. As Defense Secretary, Mattis knows damn good and well that Blackwater has been positioned for duty in Afghanistan and Syria. Why else would he have announced his opposition to the privatization of these two theaters of war back in August? For Mattis to imply that these two theaters of war are largely being left uprotected is a blatant lie. Where was his objections when the same was done in Iraq. Mattis is simply opposed to the redeployment of the American military. The mission remains the same. Why is Mattis so clearly lying? Who got to Mattis? Was his family threatened? Was he always a Deep State operative? These are questions that come to my mind when he looks at this common sense approach to keeping a presence in these two theaters with throwing away the lives of American soldiers that would be needed elsewhere.

The Common Sense of Redeployment

Back to my earlier article on which side will declare martial law first? Will it be forces friendly to Trump, or it will it be forces opposed to Trump? What will be the catalyst? Where will these returning American military forces go? Will it be North Korea? Will it be Ukraine? Are there any other hot spots that I am missing? There is no question that the majority of these troops will deployed domestically. This is quite obviously what Mattis was opposed to. Why would troops have to be deployed domestically?

Say Hello to Your New Neighbors

It is well-known that as I write these words that four more migrant caravans are coming to America. Endless more are planned. What could possibly go wrong?

When the number of “migrants”, many of whom are not asylum seekers, but rather, they are MS-13, ISIS and members of the drug cartels and other paramilitary terrorist groups coalescing in great numbers and they will bum rush the border. Massive loss of life will ensue, on both sides. This will create a humanitarian crisis all across our 2100 mile border with Mexico. And who capitalizes on so-called humanitarian crisis? It is none other than the United Nations. This is the excuse to put foreign troops on the border, all wearing blue helmets, all operating under the much discussed Kigali Principles. 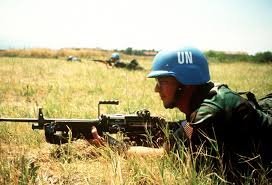 Redeployed American troops will be needed to repulse this foreign invasion which is contrived and backed by the UN. Remember, the UN ORDERED President Trump to admit all migrants. And why does the UN want unlimited immigration from third world countries to first world countries (eg Europe and the United States)? Simply, they are seeking to destroy the culture and nationalism of all powerful nations that could be in position to militarily oppose the encroaching globalism. This could be one way that the much written about Red Dawn could commence.

Almost 5 years ago, I was contacted by a Texas Ranger who told me that they were concerned by ISIS taking over small towns, holding hostages and killing all local law enforcement in Texas. The fear, later confirmed by both  DEA and DHS sources feared this would be happen simultaneously in several locations.

Enter Paul Preston to this scenario. He is the leader of the New California movement. For over two years, Paul has detailed the “doomsday” plans of the left should the CALEXIT movement fail. This involves terrorism and false flag attacks of a very violent and widespread nature. We have both discussed this on my radio show, frequently, for years. There is little doubt in my mind that these leftist options, with a coup as the final objective, are still very much in play. If you would like to read more on this simply go to the search engine on The Common Sense Show and enter CALEXIT you will be surprised of the voluminous documentation that Paul and I have brought forth regarding CALEXIT (eg Soros, Governor Jerry Brown, ex-Obama officials such as Holder, Senator Feinstein’s husband as well as the Chinese spy discovered on her staff, and the Chinese military front groups already deployed in the US, just to name a few).

Troops will be needed to confront this soon-t0-be TET offensive against the American people.