The destruction of sound money over the past century stems from actions at the federal level, but there are steps which states can take —and even have already taken —to move toward real, sound, constitutional money.

As state legislatures reconvene in the next few weeks, let’s take a look at the current state of play…

Since 2016, sound money has made a splash on the state level. According to the 2018 Sound Money Index, a new ranking of all 50 states on the extent to which they have implemented the pro-sound money policies, there are currently 38 states with an exemption of sales and use tax on the purchase of gold and silver.

Since 2016, legislators in 10 different states have introduced bills, seven of which were signed into law, to restore sound money by eliminating taxes on gold and silver within their borders.

In 2017, a quarter of all states without a sales tax exemption on gold and silver introduced new measures to eliminate the tax against the monetary metals. As states continue to make inroads on the sales tax issue, Tennessee and West Virginia are expected to introduce bills to remove sales and use taxes on sound money in 2019.

Wyoming has recently emerged as a leader on the sound money front. The state legislature overwhelmingly passed the 2018 Wyoming Legal Tender Act and thereby eliminated all tax liability against the purchase, use, and exchange of gold and silver inside the state.

Wyoming joined Arizona and Utah as the three states that have also eliminated income taxation on the nominal “gains” or “losses” experienced when selling metals, and Wyoming became the 22nd state to completely remove all sales and use taxes on the purchases of any kind of gold and silver.

Rising to a number two ranking in the Sound Money Index, Wyoming hopes to overtake Utah as the top state for sound money in the country with new legislation for 2019 that would begin to secure the state’s finances with an allocation to physical precious metals.

Wyoming’s state pension and reserve funds are among the most well-funded accounts in the nation, but because of their exposure to dollar-based investments, these funds – like almost all other pension and reserve funds across America — are nevertheless subject to significant risks. Securities, bonds, stocks, and other dollar-denominated assets carry high counter-party, inflation, and interest-rate risks.

To hedge against these risks, a group of Wyoming legislators want the state treasurer to allocate 10 percent of these funds in physical gold and silver. Arizona and Idaho may consider similar measures in the coming months as well.

Meanwhile, on the federal level, new efforts have emerged in Congress.

Representative Alex Mooney (R-WV) introduced the Monetary Metals Tax Neutrality Act of 2018 to remove the federal income tax from the monetary metals. Mooney’s bill is necessary because the IRS has erroneously and unilaterally characterized gold and silver as collectibles and subject them to high taxes as though they were akin to artwork, baseball cards, and beanie babies. Subjecting constitutional money to a discriminatorily high long-term capital gains rate of 28 percent is unconscionable. 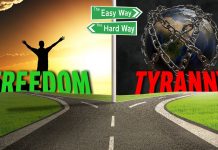 Unlocking the Planet – Catherine Austin Fitts on The Corbett Report