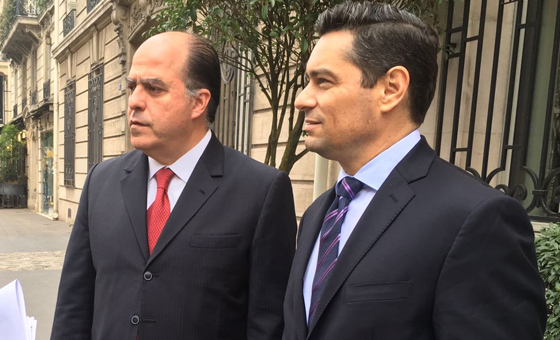 In early November news was placed into the British media (Reuters and The Times) revealing that the Bank of England in London, one of the world’s largest custodians of gold bars on behalf of other central banks, was refusing to allow the withdrawal and repatriation of 14 tonnes of gold belonging to Venezuela’s central bank, the Banco Central de Venezuela (BCV).

According to these media reports, the delays / refusals by the Bank of England to allow the Venezuelan gold repatriation ranged from excuses about the prohibitive cost of transport insurance to concerns about future money laundering. In all cases, these excuses were bogus, as I explained in the article “Bank of England refuses to return 14 tonnes of gold to Venezuela” on the BullionStar website, dated 15 November, and that the real reasons for the Bank of England’s refusal were political. As I stated at the time in my conclusion:

“The reasons put forward by official sources in the Reuters and Times articles for why Venezuela can’t withdraw its gold from the Bank of England are clearly bogus. The more logical and likely explanation is that the US, through the White House, US Treasury and State Department have been liaising with the British Foreign office, HM Treasury to put pressure on the Bank of England to delay and push back on Venezuela’s gold withdrawal request.”

According to the Reuters report dated 5 November, the Venezuelan central bank gold withdrawal plan had “been held up for nearly two months”, which would put the original withdrawal request by the BCV to the Bank of England at a date in at least September and probably earlier. So the BCV had been looking for its gold back for sometime, and the Bank of England was stalling. One reason the Bank might have been stalling was to wait for the introduction of US Executive Order 13850 which was signed on 1 November, imposing US economic sanctions on anyone doing business with the Venezuelan gold sector.

As far as the BCV’s gold withdrawal request and the Bank of England’s refusal, nothing much happened in the public domain until early December when there came a flurry of news and activity showing that the Venezuelan custodied gold matter at the Bank of England was far from resolved, and indeed that the heat had been turned up a few notches by both sides.

A summary of this letter and its background can be read in a 3 December Univision News article by David Adams in a link here. The actual letter in pdf format can be read here at this link -> Borges-Vecchio-Letter-to-the-BoE.

Before looking briefly at the letter’s arguments for not allowing the gold to be withdrawn, its interesting to see how Borges / Vecchio explain how the now infamous 14 tonnes of gold came to be still sitting in the Bank of England’s vaults in London. They write:

Having previously done a detailed analysis of Venezuela’s gold and its repatriation, including the article “Venezuela’s Gold Reserves – Part 1: El Oro, El BCV, y Los Bancos de Lingotes“, I can say that most of what Borges and Vecchio state looks accurate.

“In 2012, Chavez withdrew 40% of this gold, leaving 50 tonnes there by 2015“. Not fully accurate. The Venezuelan gold repatriation operation started on 25 November 2011 and ended on 30 January 2012. In August 2011, the BCV had 16,908 Good Delivery gold bars held abroad (including gold deposits that were claims on bullion banks). The BCV then repatriated 12,819 Good Delivery bars to Caracas in Venezuela, leaving 4,089 Good Delivery gold bars in the Bank of England’s vaults (about 50.8 tonnes). I would therefore say that the BCV repatriated 50% of its gold held at the Bank of England, not 40%, and that the operation was completed by January 2012. Why Borges/Vecchio say 40% is not clear. Maybe the Bank of England used some gold swaps with another central bank such as the Banque de France as part of the gold transfers repatriated to Venezuela over late 2011 / early 2012 (note: there is some evidence that some of Venezuela’s repatriated gold came from Paris).