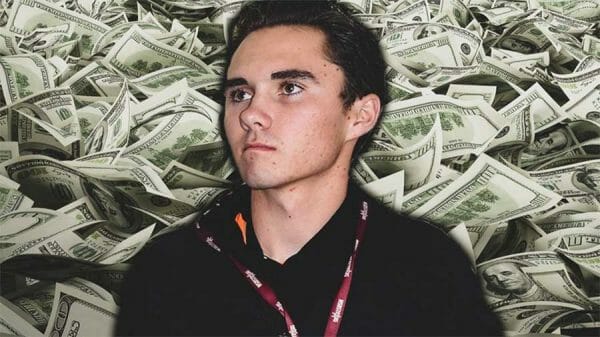 Fairfax, VA – -(Ammoland.com)-  David Hogg wants a federal tax on firearms and ammunition. He has repeatedly broached the idea, including multiple times on Twitter, and only sometimes suggests a use for the tax revenue. Hogg’s tweets on a federal gun tax include references to implementing the same sort of licensing and permitting requirements as the government requires to drive a car or funding “gun violence” research.

Except it isn’t Hogg’s idea. The idea of a tax on firearms and ammunition predates Hogg by about a hundred years. A moment on Google would have shown Mr. Hogg as much.

The Firearms and Ammunition Excise Tax (FAET) was first imposed in 1919. In 1937, the Pittman-Robertson Act directed all revenue from FAET and related excise taxes to be used for hunting-related activities. The FAET includes a 10% tax on the sale price of pistols and revolvers and 11% of the sale price of other firearms and ammunition, and 11% tax on archery equipment. The tax is applied whether or not the equipment is likely to be used for hunting. The U.S. Department of the Treasury Alcohol and Tobacco Tax and Trade Bureau provides an informative reference guide, and the Congressional Research Service compiled a report on the tax and relevant legislative proposals just this past March.

More than $12 billion has been collected under the Pittman-Robertson Act of 1937, including more than $761 million in fiscal year 2017 alone. Revenues from the tax are placed into the Wildlife Restoration Trust Fund and distributed to the states and U.S. territories.

The National Shooting Sports Foundation, the firearms industry trade association, put together an informative video about how the excise tax supports conservation efforts and an infographic showing how the money collected from under the Act has impacted species. Spoiler alert: the white-tailed deer population went from 500,000 in 1900 to 32 million today, and the waterfowl population grew from few to 44 million. There are similar success stories for other species, all made possible through the excise tax on firearms and ammunition.