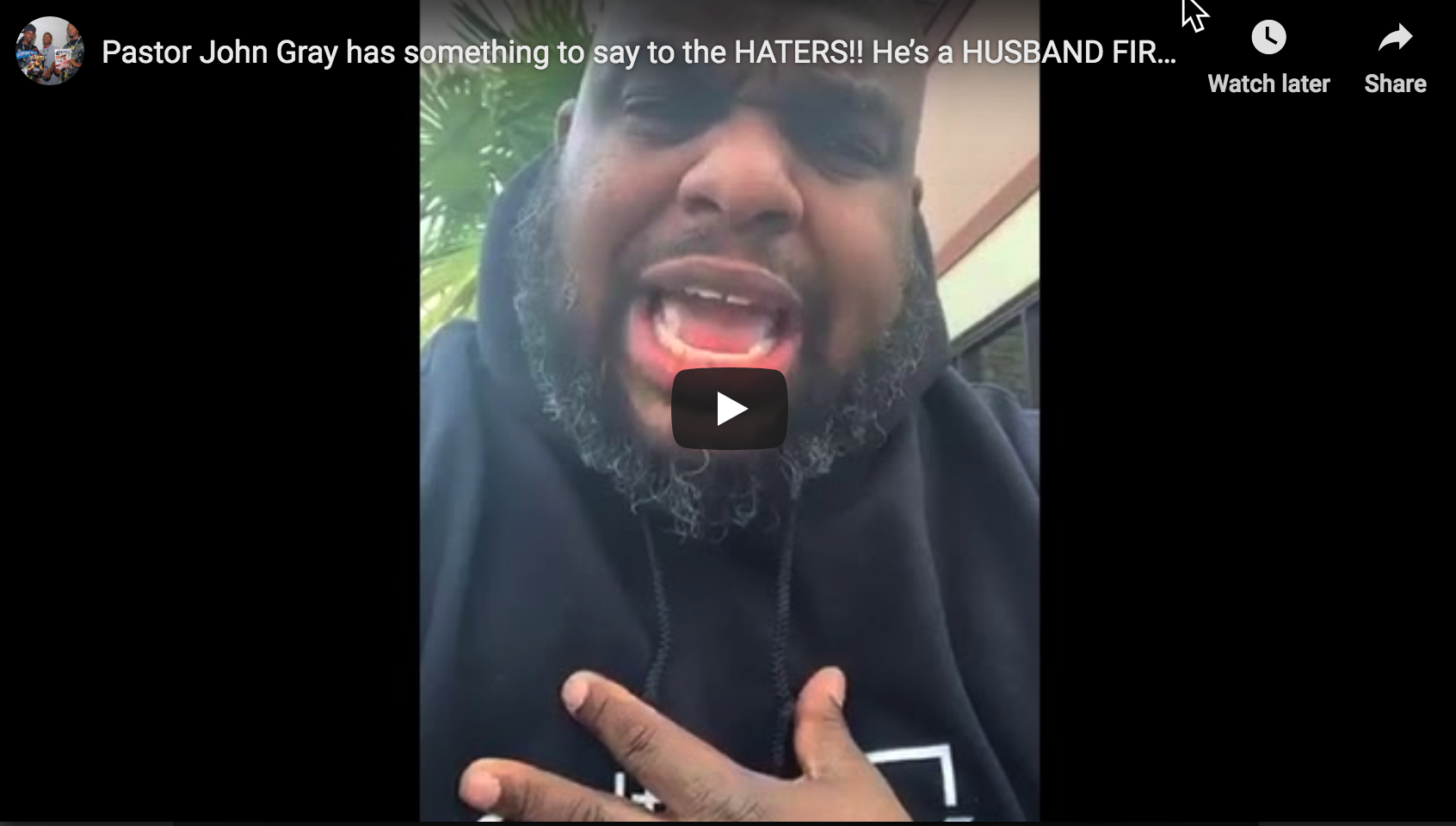 Is it appropriate for a pastor to buy a $200,000 Lamborghini for his wife?  When news came out that Greenville pastor John Gray had given his wife a Lamborghini sports utility vehicle for their eighth anniversary, there was an explosion of outrage.  In response, Gray posted a video in which he unapologetically refused to back down.  He insisted that he was “a husband first” and that nobody had the right to criticize him for blessing his wife.  And without a doubt, we want husbands that are good to their wives, but what does it look like to the rest of the world when the pastor of a prominent megachurch flaunts the purchase of a brand new Lamborghini for his wife on Instagram?…

In an Instagram video taken at the celebration, Gray leads his wife to a bow-wrapped car and hands her the keys while saying “Lamborghini Urus.”

Gray, who leads Relentless Church in Greenville, acknowledged on social media that he bought his wife a car for their anniversary and responded to criticism of the purchase.

Do you think that this sort of testimony is going to draw more people toward the Christian faith or away from it?

Gray says that no church money was used for this purpose, and I believe him.  Ever since Oprah Winfrey started taking him under her wing, he has been doing extremely well…

Gray, a reality television star with a show on OWN, has several ventures, including other television projects, books and endorsements.

“It’s people who say preachers make too much money and they shouldn’t have this or that,” Gray said in the interview last year. “I understand why and how people get there, but I think they should be very cautious to understand that if the individuals that are serving are honorable, and they are committed to serving, if they have saved their money and want to do something nice for their spouse, or they want to live in a home, you’ve got one life.”

But ultimately most people aren’t even going to pay attention to the source of the money.  All they are going to care about is the fact that a megachurch pastor just purchased a $200,000 Lamborghini for his wife, and many will use it as yet another excuse to shut God out of their lives.

And the contrast to what is going on in much of the rest of the world is startling.

For example, an Indian minister that pastors a church in Bihar state says that he is going to keep preaching the gospel despite being severely beaten recently…

An Indian pastor who was severely beaten alongside members of his congregation earlier this month in Bihar state has vowed to continue preaching the Gospel just like the heroic figures of the Bible did. “Since I am working for the Lord, I have always prepared myself for any kind of eventuality, persecution, or danger. I am prepared to pay the price for serving my God,” said Pastor Bangali Das in an interview with International Christian Concern while wrapped in bandages and breathing heavily due to injuries he sustained during the attack. “Great men of God in the Bible like Shedrach, Meshach, and Abednego, and their friend Daniel were persecuted. So I feel that it’s an occasion for me to glorify God, like them. I will continue to work for the Lord in spite of all such obstacles and pain,” he added.

That is the kind of man that is going to inspire people.

Elsewhere in India, a violent mob recently stormed a church service in Kanpur and brutally beat up everyone attending.  Sadly, that even included the pastor’s wife…

On December 2, the protestors forced themselves into the private hall, threatening Christian worshippers and disrupting Pastor A. B. Singh’s morning service.

Pastor Singh’s wife was brutally beaten by members of the mob, after she tried to protect her husband and other women in the church who were being attacked.

The mob then chased all the Christians from the service, warning Pastor Singh to stop leading Christian worship services in Kanpur.

As I have written about frequently, the persecution of Christians is escalating all over the globe.

This is particularly true in China, where officials are cracking down on house churches like never before.  The following comes from a news report about a raid that took place on December 2nd…

Officers seized books and furniture during the search of the house church in Jiangxi province, China, on December 2. In a video released after the raid, church leader Liao Hongcon held up signs which read: “There were only a little more than a dozen senior citizens gathering at my home. “They came and confiscated our Bibles and took our stools. [But] what crime did we commit?

“We only sang hymns and read Bibles.”

Throughout Christian history, persecution has always made the church stronger.  When people see that you have something worth dying for, that will inspire them to look into your faith for themselves.  People want meaning and purpose in their lives, and those that are willing to endure immense persecution while serving Christ are a shining example of what the world so desperately needs right now.