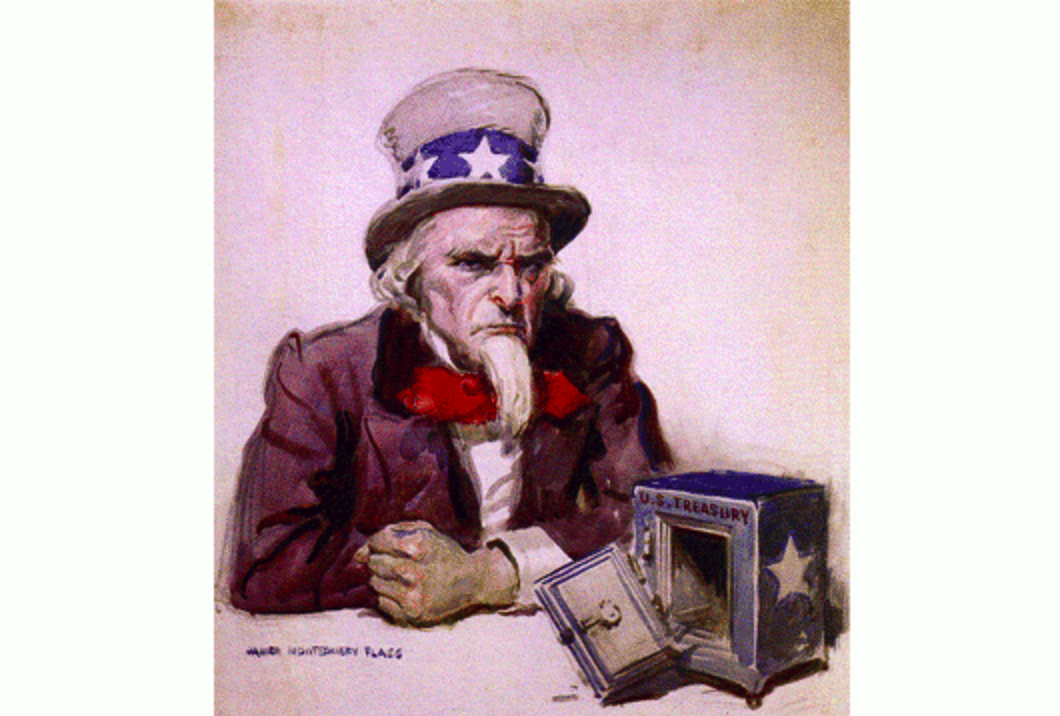 The rapidly exploding U.S. national debt is about to cross another critical threshold.  According to the U.S. Treasury, the debt of the federal government is currently sitting at $21,854,296,172,540.94, and at our current pace we will likely hit the $22 trillion mark next month.  This is a horrifying national crisis, and yet nothing is being done about it.  When Barack Obama entered the White House in January 2008, the U.S. was $10.6 trillion in debt, and so that means that we have added 11.2 trillion dollars of new debt to that total in less than 11 years.  Needless to say, it doesn’t take a math genius to figure out that we have been adding an average of more than a trillion dollars a year to the national debt for more than a decade.  But instead of getting our insatiable appetite for debt under control, Congress is actually accelerating our spending.  At this point, there is no possible scenario in which this story ends well.

Meanwhile, the global financial elite are really starting to talk up the possibility of a new financial crisis.

For example, the deputy head of the IMF just said that he sees “storm clouds building”…

The storm clouds of the next global financial crisis are gathering despite the world financial system being unprepared for another downturn, the deputy head of the International Monetary Fund has warned.

David Lipton, the first deputy managing director of the IMF, said that “crisis prevention is incomplete” more than a decade on from the last meltdown in the global banking system.

“As we have put it, ‘fix the roof while the sun shines’. But, like many of you, I see storm clouds building and fear the work on crisis prevention is incomplete.”

And according to CNBC, Janet Yellen is warning that “we could have another financial crisis”…

“I think things have improved, but then I think there are gigantic holes in the system,” Yellen said Monday night in a discussion moderated by New York Times columnist Paul Krugman at CUNY. “The tools that are available to deal with emerging problems are not great in the United States.”

Yellen cited leverage loans as an area of concern, something also mentioned by the current Fed leadership. She said regulators can only address such problems at individual banks not throughout the financial system. The former fed chair, now a scholar at the Brookings Institution, said there remains an agenda of unfinished regulation. “I’m not sure we’re working on those things in the way we should, and then there remain holes, and then there’s regulatory pushback. So I do worry that we could have another financial crisis.”

It almost sounds as if they have been reading The Economic Collapse Blog.  Of course they probably aren’t, and the truth is that at this point the next crisis is so close that just about everybody should be able to see it.

We have been spending far, far more money than we have been bringing in, and that has been propping up our economy for quite some time now.  But we are progressively making our long-term problems much worse, and there is no way that we can sustain this Ponzi scheme for much longer.

And it isn’t just the national debt that is a massive problem.  U.S. consumers are more than 13 trillion dollars in debt, and a new report has discovered that credit card debt continues to surge to new heights…

Americans are carrying a record amount of credit card debt, according to a new study.  The average American family has about $7000 in revolving debt compared to $6081 this time last year. And as interest rates rise, so will those monthly payments to service these debts.

This year’s report focused on revolving debt (debt that is carried over month after month) because it is a “more accurate indicator” of financial hardship, said NerdWallet, who compiled the report.  “Credit card debt is the stain on millions of Americans’ finances that doesn’t scrub off easily, if ever,” says NerdWallet credit card expert Kimberly Palmer. “High interest rates combined with expenses that continue to outweigh income mean that some households are unable to fully rid themselves of debt and, in fact, continue to take on more.”

We are a society that is absolutely addicted to cheap debt, but now interest rates are going up, and that is going to cause some enormous financial problems.