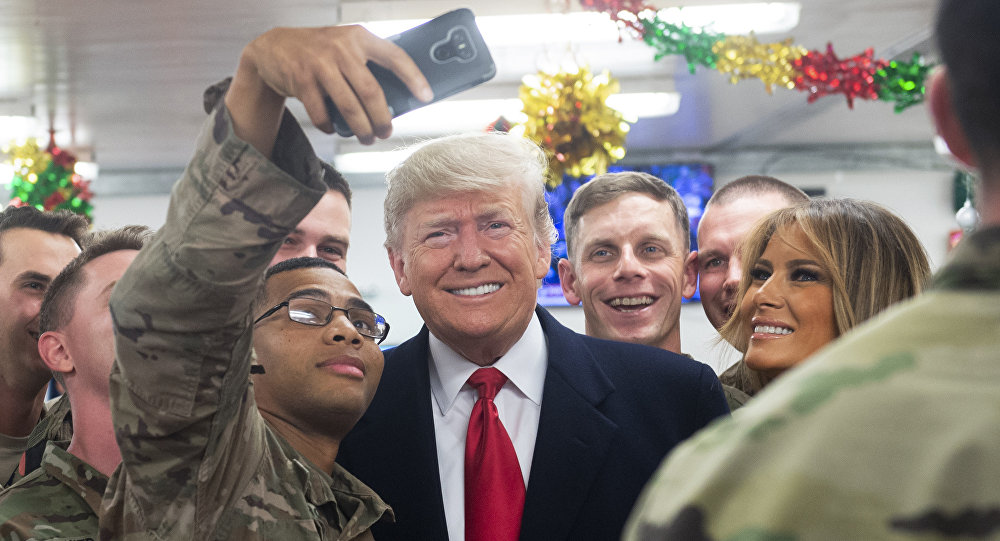 On Wednesday, President Donald Trump and First Lady Melania Trump made a surprise visit to Iraq to meet US servicemen stationed at the Ayn al-Asad Air Base. During the visit, Trump told reporters that he has no plans to withdraw US troops from Iraq, which he said could be used to attack the Daesh* terrorist group.

President Donald Trump has accidentally revealed typically secret details of a covert special operations unit after he posted a video on Twitter showing him talking and taking selfies with what appeared to be members of a US Navy SEALs team during his unannounced trip to Baghdad, Newsweek reports.

In the video, the special warfare forces are seen dressed in full battle gear and wearing night vision goggles.

.@FLOTUS Melania and I were honored to visit our incredible troops at Al Asad Air Base in Iraq. GOD BLESS THE U.S.A.! pic.twitter.com/rDlhITDvm1

Malcolm Nance, a former US Navy intelligence specialist with experience in Iraq told Newsweek that “the real names, faces and identities of personnel involved in special operations or activities are usually a closely held secret in a combat zone.”

“Revealing them casually, through an unusual media exposure even if it’s the commander-in-chief, would prove a propaganda boom if any of this personnel are detained by a hostile government or captured by a terrorist group. There would be no denying who you are and what you do,” Nance stressed.