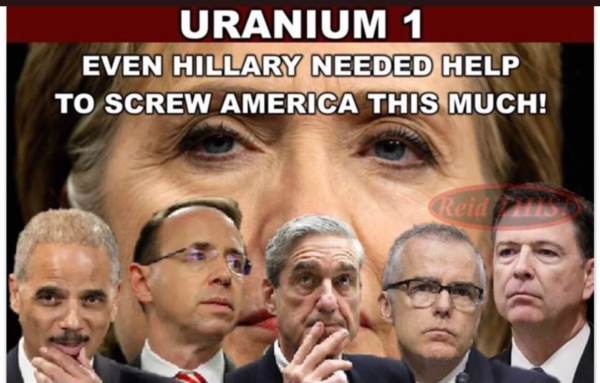 Once again Judicial Watch is doing the heavy lifting.

On Monday, President of Judicial Watch Tom Fitton announced he will be testifying on Capitol Hill this week on the Clinton Foundation pay-to-play scandal which includes Uranium One.

“I’ll be testifying on behalf of Judicial Watch later this week to the House Oversight Subcommittee on Government Operations about the Clinton Foundation issue,” Tom Fitton said.

Clinton Foundation under investigation — I will testify to Congress this week on behalf of @JudicialWatch. We broke the Clinton Foundation “pay to play” scandal wide open — glad Congress finally following our lead. https://t.co/c7sX5Cz3LP pic.twitter.com/3k9MT0q8Pn

Judicial Watch has uncovered many emails proving Clinton Foundation pay-to-play while Hillary was the head of the Department of State.

The Uranium One scandal is more than just Clinton Foundation pay-to-play — it is a national security crisis.

Prior to the Obama administration approving the very controversial deal in 2010 giving Russia 20% of America’s Uranium, the FBI had evidence that Russian nuclear industry officials were involved in bribery, kickbacks, extortion and money laundering in order to benefit Vladimir Putin, reported John Solomon last October.