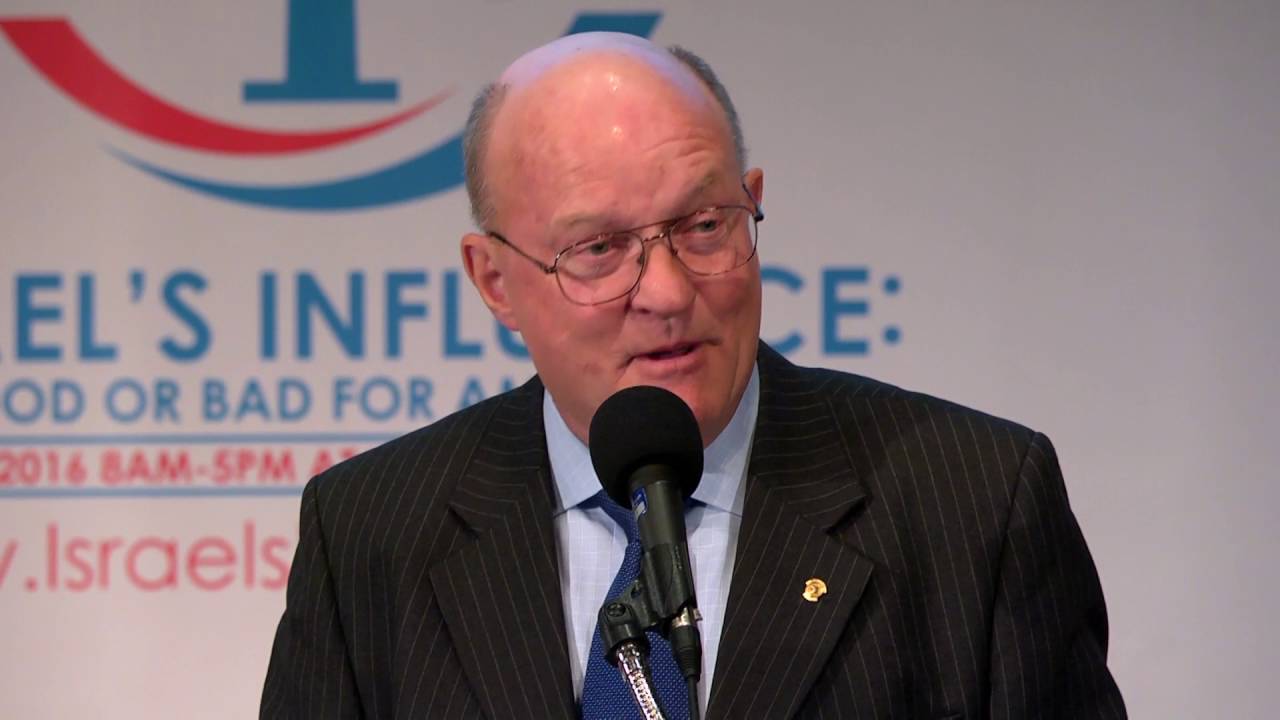 Colonel Lawrence Wilkerson served as Secretary of State and Colin Powell’s chief of staff, and through his experience in Washington, he is able to demonstrate how Israel’s influence over the U.S. has affected America’s strategic approach toward the Middle East. This is part of a fascinating panel discussion on Israel’s influence on foreign policy, with Dale Sprusansky, moderator for the conference event entitled, “Israel’s Influence: Good or Bad for America?” held in Washington, DC on March 18, 2016 at the National Press Club.

This conference was organized by the American Educational Trust, publisher of the Washington Report on Middle East Affairs magazine, and the Institute for Research, and Middle Eastern Policy, Inc. (IRmep) as conference organizer. Watch: