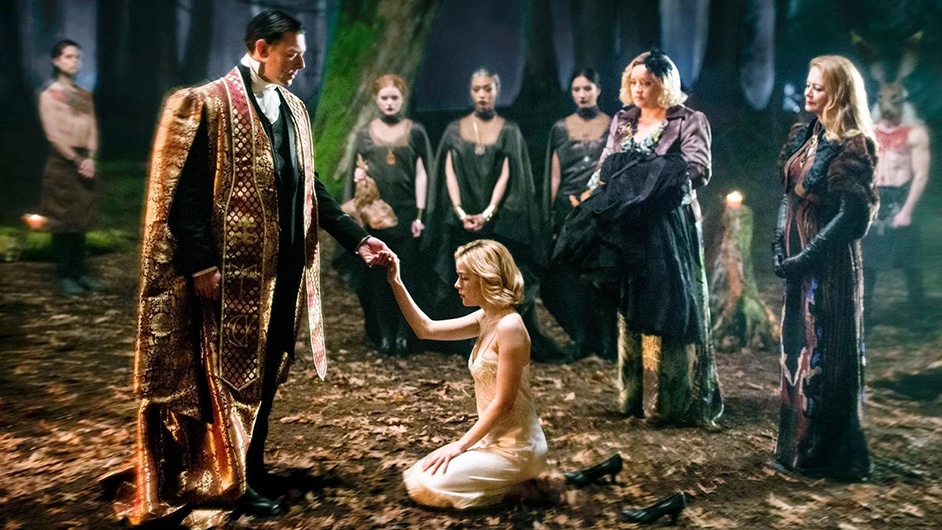 Aimed at teenagers, the series contains disturbing messages about Satanism, feminism, sexuality and everything in between. Here’s an in-depth look at the agenda behind Chilling Adventures of Sabrina.

With the advent of streaming services such as Netflix, entertainment is increasingly consumed in the form of multi-episode series. Spanning for dozens of hours, these series do not simply tell a story, they create immersive worlds in which viewers become greatly invested. Indeed, modern series are not strictly about a narrative – they’re long-winded experiences that become a part of the lives of those who watch, rewatch and binge-watch them.

The first season of Chilling Adventures of Sabrina, a series aimed at teenagers, contains ten one-hour episodes. In these ten hours of content, lots of words get said, lots of messages are implied, and lots symbolism gets burned in the minds of the viewers. And, as someone who sat through this first season (twice), I can confirm that there is a lot to unpack in there.

A few months ago, I wrote a short article titled “Chilling Adventures of Sabrina” Will Be Extremely Satanic, which described the overt satanic symbolism of the series’ trailer.

The trailer featured Sabrina celebrating her 16th birthday with Satan himself.

Released right before Halloween – the most important holiday in satanic circles – the series takes its young viewers into an occult adventure mixed with all kinds of social messages: The viewers are taught the basics of Satanism, that witchcraft is the best way to get back at the “patriarchy”, and that cannibalism is not that bad after all. In short, the series is the occult elite trying to brainwash children with its agenda.

Even the intro is full of symbolism.

The series is based on the Archie Comic Sabrina the Teenage Witch. However, it was “re-imagined” to be darker and edgier … and to fit the elite’s agenda. The story takes place in the same universe as Riverdale – another series that is extremely popular with teenagers (and probably requires its own article). Both series were developed by Roberto Aguirre-Sacasa, a writer who is also known for creating Glee (pure musical horror) and for a play entitled Say You Love Satan, which is described as a “gay demonic romantic comedy”.

Chilling Adventures of Sabrina could also be described as a “demonic romantic comedy”, but it goes much further.

In the first episode, the premise is described as follows:

“In the town of Greendale, where it always feels like Halloween, there lived a girl who is half-witch, half-mortal, who, on her 16th birthday, would have to choose between two worlds: The witch world of her family and the human world of her friends”.

The main premise is custom-made to be relatable to teenagers. It is about a 16-year-old girl who goes to high school, loves her boyfriend, and goes out with her friends. But, also, she’s a witch and her family members are proud satanists. Throughout her infernal adventures, lots of disturbing things happen and lots of messages are delivered. Here are some of the themes exploited by the series.

In every episode of the series, the main “selling points” of Satanism are interwoven in the plot and presented in a way that is relatable to teenagers. Sabrina’s two aunts and cousin are staunch witches who yell out “praise Satan” whenever something good happens. However, they are not pointy-nosed harpies riding around on brooms, but likable, intelligent women who act as caring mothers to Sabrina. In fact, all witches in the series are witty, charismatic, good-looking people that are open-minded and tolerant of all lifestyles.

Witches live long lives and age slowly. So many perks for serving Satan.

When she was a “good Christian” Ms. Wardwell was a boring and uptight little lady. After the “concubine of Satan” took over her body, she turned into a witty, sensual, and powerful witch.

As stated above, Sabrina has a dilemma: Should she become a super-powerful witch with all kinds of cool powers? Or should she remain a lame, basic girl? This is how the series presents the “dilemma”. As Sabrina says herself: “there are so many delicious things about being a witch”.

To become a witch, Sabrina must go through a “dark baptism” and give herself to Satan. However, Sabrina has some questions which are used to educate the viewers about Satanism. At one point Sabrina asks the High Priest of her coven:

” – But the Devil … he’s an embodiment of evil.
– Incorrect. He is the embodiment of free will. Good. Evil. Those words matter to the False God but the Dark Lord is beyond such precepts.”

Yes, throughout the series, God is referred to as the False God – an impotent and oppressive fatherly figure. To make the dark baptism even more appealing, the High Priest adds:

“In exchange for their service and devotion, witches are exempt from hell.”

Right before the baptism, the High Priest provides more Satanism 101:

“Our Dark Lord teaches us: There is no law beyond Do What Thou Wilt. Our Dark Lord asks: “Would you like to be happy, child? To be free? Free to love and hate? To be what nature meant you to be, true to her laws and yourself only?
– Yes father.
– Do you believe in Lucifer, the archangel, who preferred the loss of Heaven to the loss of his pride?
– Yes father.”

Later in the series, the viewers are taught the Satanic interpretation of the Book of Genesis.

“Did Eve die when she at the fruit, children? No. Of course not. The False God lied to Eve because he desired to keep her naked and ignorant in his garden. But our lord Satan, inhabiting a snake, gave Eve knowledge and set her free.”

As we’ll see later, Satan is often described as a liberating and empowering figure for women.

Inside the “School of Unseen Arts”, where witches learn invocations and demonology, a giant statue of Baphomet sits with “divine light” shining on it. It is an exact replica of the Baphomet statue installed by the Satanic Temple in Michigan.

The series is also full of small, twisted details. For instance, the Satanic choir of the school sings a song that begins with these words:

The name of the song is I’ll Never Say Never to Always and it was written by … Charles Manson. Yes, the crazy cult leader, serial killer and MKULTRA slave/handler Charles Manson. 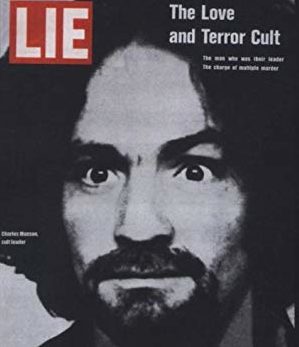 As Sabrina learns about the dark arts, she sometimes rebels against her Satanic upbringing and tries to break from it. Does she succeed? Of course not. In fact, Sabrina ends up signing the Book of the Beast (giving her soul to Satan), which turns her into a super-powerful witch. And these super-powers end up saving the entire town of Glendale. Thank you, Satan.

To make Satanism even more appealing, the series also equates it with feminism.