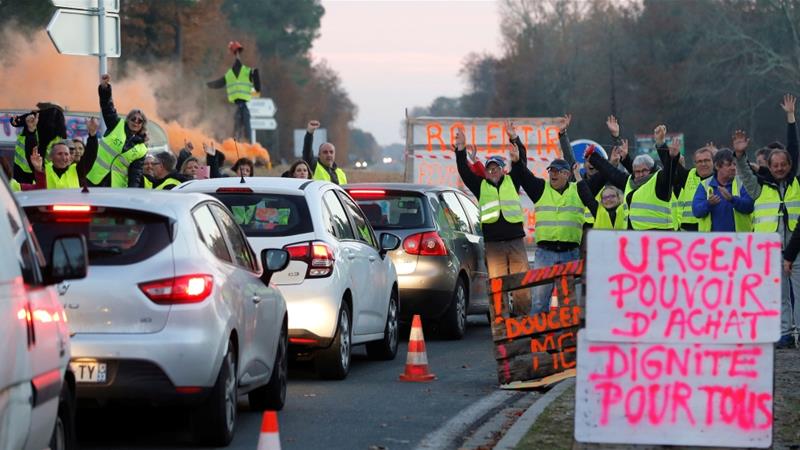 Have the people of France finally had enough of the apparent New World Order agenda being forced upon them by the former Rothschild’s banker, current-but-probably-not-much-longer, French President Emmanuel Macron?

How Macron was elected ought to become a “Problem>>Reaction>>Solution”lesson plan on geopolitics at the global level, since the European Union probably is a ‘testing milieu’ for the NWO push to fulfillment of the grand plan as seemingly catalogued in the United Nations Agenda 21 and Agenda 2030, in my opinion.

Civil/citizen protests by hundreds of thousands in France have been ongoing for three weeks, with more planned for this weekend of December 8-9, 2018.

What’s going on in France is spreading to other countries of the European Union.  The citizens of various European countries finally have realized they have lost their true identities as who they were before the EU takeover.  They feel they no longer possess their true cultural identities of centuries past; they want to take back their ethnic pride and self-determination of their past heritages, and rightfully so, in my opinion.

The ‘homogenization’ of countries into a new One World Order governance is a meme whose time has come and gone, since free-thinking people want less control over their lives by NWO control freaks, nor do they want the suppression and surveillance society the NWO seeks to impose globally, i.e., 5G, the Internet of Things, a different, but exploitive,monetary system and, ultimately, criminal climate control to effectuate their sordid plans for population control.

The video below is an important visual assertion of the determination of the French people, which should become a civics lesson for each country, including the USA, being steered into a combination of socialist-fascist geopolitics.

How much longer will 7.6 billion [1] people be willing to be played like pawns in a global chess game for total domination and suppression?

Everybody feels human again…We are the French people
4:44 minutes