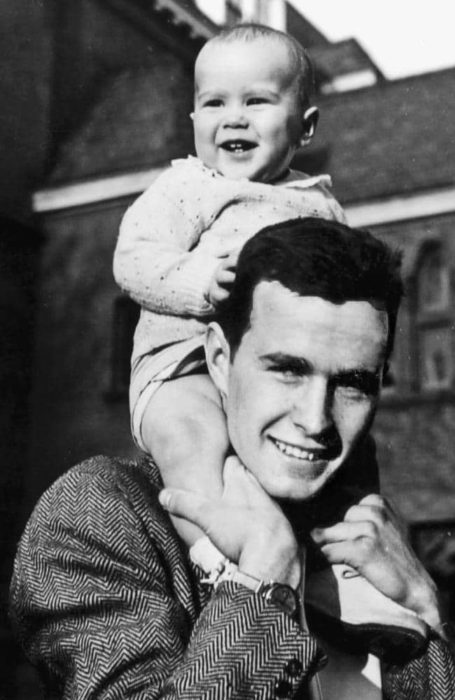 By refusing to admit personal misjudgments on Iraq, George W. Bush instead is pushing the United States toward becoming what might be called a permanent “counter-terrorist” state, which uses torture, cross-border death squads and even collective punishments to defeat perceived enemies in Iraq and around the world.

Since securing a second term, Bush has pressed ahead with this hard-line strategy, in part by removing dissidents inside his administration while retaining or promoting his protégés. Bush also has started prepping his younger brother Jeb as a possible successor in 2008, which could help extend George W.’s war policies while keeping any damaging secrets under the Bush family’s control.

As a centerpiece of this tougher strategy to pacify Iraq, Bush is contemplating the adoption of the brutal practices that were used to suppress leftist peasant uprisings in Central America in the 1980s. The Pentagon is “intensively debating” a new policy for Iraq called the “Salvador option,” Newsweek magazine reported on Jan. 9.

The strategy is named after the Reagan-Bush administration’s “still-secret strategy” of supporting El Salvador’s right-wing security forces, which operated clandestine “death squads” to eliminate both leftist guerrillas and their civilian sympathizers, Newsweek reported. “Many U.S. conservatives consider the policy to have been a success – despite the deaths of innocent civilians,” Newsweek wrote.

The magazine also noted that a number of Bush administration officials were leading figures in the Central American operations of the 1980s, such as John Negroponte, who was then U.S. Ambassador to Honduras and is now U.S. Ambassador to Iraq.

The insurgencies in El Salvador and Guatemala were crushed through the slaughter of tens of thousands of civilians. In Guatemala, about 200,000 people perished, including what a truth commission later termed a genocide against Mayan Indians in the Guatemalan highlands. In El Salvador, about 70,000 died including massacres of whole villages, such as the slaughter carried out by a U.S.-trained battalion against hundreds of men, women and children in and around the town of El Mozote in 1981. 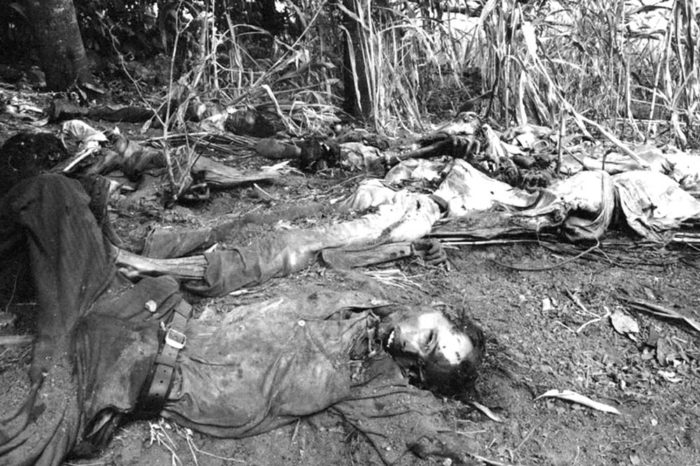 The Reagan-Bush strategy also had a domestic component, the so-called “perception management” operation that employed sophisticated propaganda to manipulate the fears of the American people while hiding the ugly reality of the wars. The Reagan-Bush administration justified its actions in Central America by portraying the popular uprisings as an attempt by the Soviet Union to establish a beachhead in the Americas to threaten the U.S. southern border.

[For details about how these strategies worked and the role of George H.W. Bush, see Robert Parry’s Secrecy & Privilege: Rise of the Bush Dynasty from Watergate to Iraq.]

By employing the “Salvador option” in Iraq, the U.S. military would crank up the pain, especially in Sunni Muslim areas where resistance to the U.S. occupation of Iraq has been strongest. In effect, Bush would assign other Iraqi ethnic groups the job of leading the “death squad” campaign against the Sunnis.

“One Pentagon proposal would send Special Forces teams to advise, support and possibly train Iraqi squads, most likely hand-picked Kurdish Perhmerga fighters and Shiite militiamen, to target Sunni insurgents and their sympathizers, even across the border into Syria, according to military insiders familiar with discussions,” Newsweek reported.

Newsweek quoted one military source as saying, “The Sunni population is paying no price for the support it is giving the terrorists. … From their point of view, it is cost-free. We have to change that equation.”

Citing the Central American experiences of many Bush administration officials, we wrote in November 2003 – more than a year ago – that many of these Reagan-Bush veterans were drawing lessons from the 1980s in trying to cope with the Iraqi insurgency. We pointed out, however, that the conditions were not parallel. [See Consortiumnews.com’s “Iraq: Quicksand & Blood.”]

In Central America, powerful oligarchies had long surrounded themselves with ruthless security forces and armies. So, when uprisings swept across the region in the early 1980s, the Reagan-Bush administration had ready-made – though unsavory – allies who could do the dirty work with financial and technological help from Washington.

A different dynamic exists in Iraq, because the Bush administration chose to disband rather than co-opt the Iraqi army. That left U.S. forces with few reliable local allies and put the onus for carrying out counterinsurgency operations on American soldiers who were unfamiliar with the land, the culture and the language.

Those problems, in turn, contributed to a series of counterproductive tactics, including the heavy-handed round-ups of Iraqi suspects, the torturing of prisoners at Abu Ghraib, and the killing of innocent civilians by jittery U.S. troops fearful of suicide bombings.

The war in Iraq also has undermined U.S. standing elsewhere in the Middle East and around the world. Images of U.S. soldiers sexually abusing Iraqi prisoners, putting bags over the heads of captives and shooting a wounded insurgent have blackened America’s image everywhere and made cooperation with the United States increasingly difficult even in countries long considered American allies.

Beyond the troubling images, more and more documents have surfaced indicating that the Bush administration had adopted limited forms of torture as routine policy, both in Iraq and the broader War on Terror. Last August, an FBI counterterrorism official criticized abusive practices at the prison at Guantanamo Bay, Cuba.

“On a couple of occasions, I entered interview rooms to find a detainee chained hand and foot in a fetal position to the floor, with no chair, food or water. Most times they had urinated or defecated on themselves, and had been left there for 18-24 hours or more,” the official wrote. “When I asked the M.P.’s what was going on, I was told that interrogators from the day prior had ordered this treatment, and the detainee was not to be moved. On another occasion … the detainee was almost unconscious on the floor, with a pile of hair next to him. He had apparently been literally pulling his own hair out throughout the night.”

Despite official insistence that torture is not U.S. policy, the blame for these medieval tactics continues to climb the chain of command toward the Oval Office. It appears to have been Bush’s decision after the Sept. 11 attacks to “take the gloves off,” a reaction understandable at the time but which now appears to have hurt, more than helped.

Many Americans have fantasized about how they would enjoy watching Osama bin Laden tortured to death for his admitted role in the Sept. 11 attacks. There is also a tough-guy fondness for torture as shown in action entertainment – like Fox Network’s “24” – where torture is a common-sense shortcut to get results.

But the larger danger arises when the exceptional case becomes the routine, when it’s no longer the clearly guilty al-Qaeda mass murderer, but it is now the distraught Iraqi father trying to avenge the death of his child killed by American bombs.

Rather than the dramatic scenes on TV, the reality is usually more like that desperate creature in Guantanamo lying in his own waste and pulling out his hair. The situation can get even worse when torture takes on the industrial quality of government policy, with subjects processed through the gulags or the concentration camps.

That also is why the United States and other civilized countries have long banned torture and prohibited the intentional killing of civilians. The goal of international law has been to set standards that couldn’t be violated even in extreme situations or in the passions of the moment.

Yet, Bush – with his limited world experience – was easily sold on the notion of U.S. “exceptionalism” where America’s innate goodness frees it from the legal constraints that apply to lesser countries.

Bush also came to believe in the wisdom of his “gut” judgments. After his widely praised ouster of Afghanistan’s Taliban government in late 2001, Bush set his sights on invading Iraq. Like a hot gambler in Las Vegas doubling his bets, Bush’s instincts were on a roll.

Now, however, as the Iraqi insurgency continues to grow and inflict more casualties on both U.S. troops and Iraqis who have thrown in their lot with the Americans, Bush finds himself facing a narrowing list of very tough choices.

Bush could acknowledge his mistakes and seek international help in extricating U.S. forces from Iraq. But Bush abhors admitting errors, even small ones. Plus, Bush’s belligerent tone hasn’t created much incentive for other countries to bail him out.