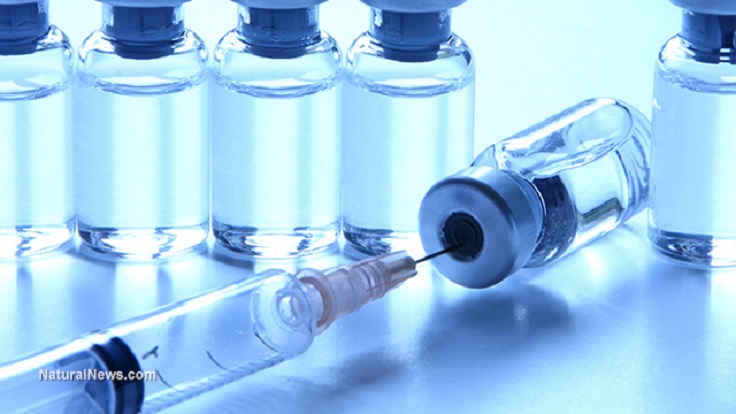 For at least the past 14 years, the U.S. Centers for Disease Control (CDC) has been lying to the public about the link between vaccines and autism. And if Senator Mark Green from Tennessee has anything to say about it, the corrupt federal agency is very soon going to face justice for its crimes against humanity.

As announced by the Weston A. Price Foundation (WAPF), Sen. Green stated publicly during a recent town hall meeting that he has every intention of holding the CDC accountable for what he described as its “fraudulently managed” data on autism and vaccines.

A graduate of the United States Military Academy’s West Point, as well as a decorated war hero and an emergency care physician, Sen. Green holds some sway when he speaks. And what he had to say further during the recent town hall is that he plans to “stand on the CDC’s desk and get the real data on vaccines.”

As we recently reported, the CDC has an extensive track record of committing scientific fraud. The corrupt agency lied about data showing that the MMR vaccine for measles, mumps, and rubella does, in fact, cause autism in young boys, and has similarly withheld critical information suggesting that vaccines aren’t nearly as safe as health authorities claim.

Up until this point, the CDC has largely gotten away with these and many other crimes against humanity, having long been shielded by corrupt representatives and administrations that presumably receive kickbacks in exchange for remaining hush-hush about vaccine dangers. But not anymore – at least with Sen. Green at the helm.

“… there is some concern that the rise in autism is the result of the preservatives that are in our vaccines,” Sen. Green further stated, adding that “as a physician, I can make that argument and I can look at it academically and make the argument against the CDC, if they really want to engage me on it.”

Let Sen. Green know that you’ve got his back

Because Sen. Green, a Republican, has vowed to take the CDC to task over the vaccines-autism issue, he’s likely to receive plenty of pushback – and possibly even threats, similar to what Dr. Sherri Tenpenny received earlier in the year when she publicly announced her Mastering Vaccine Info Foundational Course & Training Boot Camp program.

Sen. Green needs to know that the natural health community is committed to supporting him in his endeavors to get the truth out about vaccines and autism, which is why we’re encouraging readers to write and/or call him to say thanks for his bravery and courage on the matter (be sure to include your name, as well as your city and state, when sending your correspondence):

Keep in mind that the safety concerns about vaccines aren’t based in mindless “conspiracy theories” as the mainstream media often claims, but rather in truths that have been buried or ignored by corrupt health authorities.

The U.S. Supreme Court, for instance, has already ruled that vaccines are “unavoidably unsafe,” hence why nearly $4 billion has been paid out by the secret vaccine courts to the families of children who have been injured by vaccines.