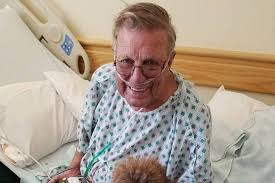 Kristina Cunningham was in stable condition on an evening in June, when EMTs lifted her gurney into a medical flight, bound for Boston.

The 34-year-old couldn’t use her right arm or speak clearly after a stroke six days earlier, and still had two blood clots at the base of her brain. Cunningham’s dad, Jim Royer, remembers doctors at the small hospital in Wichita, Kan., where Cunningham had attended a family wedding, saying she needed to see a neurosurgeon.

So the doctors arranged to transfer Cunningham, via an Angel MedFlight Learjet, to Massachusetts General Hospital, where she would be diagnosed with a rare blood vessel disease of the brain. MGH is about an hour from Cunningham’s home in Berlin, Mass. — and her 7-year-old son. Cunningham’s doctors and her insurer, CareFirst BlueCross BlueShield, based in Maryland, agreed the transfer was medically necessary.

“We assumed it would be [covered],” Royer said, “because it was supposedly preapproved by the insurer before any flight took place.”

Royer said he and Cunningham didn’t think about the Angel MedFlight piece of her health scare again until a letter arrived in August. It was a one-page “explanation of benefits” with a jaw-dropping total in a column labeled “other amounts not covered.”
“When I got the bill for $474,725, I’m thinking six or seven flights, and you can buy a whole new jet,” Royer said with a wry laugh.

That nearly half-million dollars is the total of four items, the largest of which is a per-mile charge. That figure, $389,125, breaks down to $275 a mile. 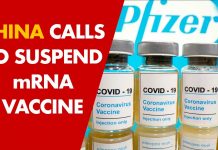