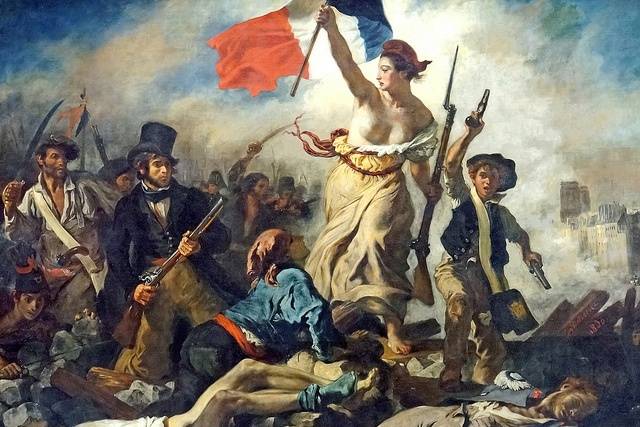 “Today, Emmanuel Macron, 40, the former Rothschild investment banker known as “president of the rich” by his countrymen, is facing the prospect of an early political demise, no less than Viktor Yanukovich faced in 2014”

Unlike the 2014 Ukraine uprising, which witnessed invasive meddling on the part of US politicians and diplomats, Western support for the French Yellow Vest protests has been conspicuously missing in action.

The streets of Paris are ablaze for a fourth weekend in a row, as a swarm of Yellow Vests assert themselves against a French government which, they argue, has become increasingly detached from the cares of ordinary citizens. Yet support among Western capitals for the protesters is nowhere to be found.

This is a bit odd since the ‘gilets jaunes’ are not just protesting Macron’s (rescinded) plans for a fuel tax, but have releaseda list of 42 demands they want to see implemented. This includes an increase of the minimum wage, pensions and wages, as well as a halt to illegal immigration into the country. In other words, these are not anarchists roaming the streets of France, but regular citizens who have had enough. And the movement enjoys a high level of support among the French, with one poll showing 72 percent siding with the protesters.

The US and its allies will have trouble explaining their tone-deafness in the face of these legitimate concerns on the part of millions of French citizens. Their icy silence reveals glaring double standards and hypocrisy since the West rarely misses an opportunity to interfere in the affairs of foreign states – mostly in the Middle East – when ‘democracy’ is purportedly on the line.

The Paris Agreement isn’t working out so well for Paris. Protests and riots all over France. People do not want to pay large sums of money, much to third world countries (that are questionably run), in order to maybe protect the environment. Chanting “We Want Trump!” Love France.

Consider Washington’s starkly different attitude to Ukraine’s 2014 Maidan revolution, which brought down the government of Viktor Yanukovich through the explicit support of the United States, as well as a number of influential NGOs operating in the country.

Yanukovich committed the unforgivable mistake of thinking he would be allowed to pursue an independent course for his country, despite the fact that since 1992, the US had spent over $5 billion propping up ‘democracy-building programs’ in Ukraine.

Did Kiev really think that Washington would not eventually expect something in return for all those dollars, like maybe deciding who would eventually rule the Eastern European country on Russia’s border? And that is exactly what happened.