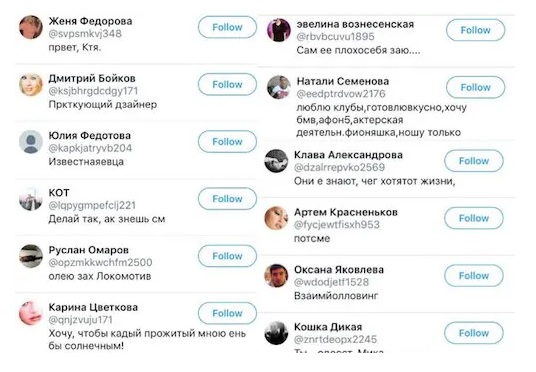 Flashback to a few of the hundreds of headlines from October 2017 regarding the Alabama special election between Republican candidate Roy Moore, and the Democrat candidate Doug Jones, who ended up winning the special election.

Washington Post, the Daily Banter, Patch, Heavy, and almost all the national media were all reporting the same thing, the Republican candidate, Moore, had suddenly amassed 20,000 new Twitter followers…. from Russia!

They even had screen shots to prove the Russians wanted Roy Moore to win and they were trying to influence the election.

Here is an example of what the people of Alabama were being told about the influx of “Russian” bots, via the Montgomery Adviser:

The Moore campaign released a statement on Monday afternoon that suggested “Doug Jones and Democrat operatives are pulling a political stunt on Twitter and alerting their friends in the media.”

“It’s not surprising that they’d choose the favorite topic of MSNBC and the Fake News outlets – the Russia conspiracy,” the statement said. “Democrats can’t win this election on the issues and their desperation is on full display.”

“Maybe Moore should check with Vladimir Putin, who shares his views on depriving people of their civil rights,” the statement said.

It was “fake news.” Those accounts were not from Russia, and the Moore campaign was 100 percent correct when he accused “democratic operatives” of pulling a political stunt, then alerting the media outlets that would jump all over the “Russia” narrative without bothering to independently verify if the account actually originated from Russia.

Democratic operatives, funded by liberal billionaire Reid Hoffman, created thousands of “Russian” accounts to mass follow Judge Moore overnight. By the next day, the narrative was filtering throughout liberal and conservative establishment media.

Hoffman gave the operatives $100,000 for their project, which included creating fake conservative Facebook accounts to dissuade voters from supporting Moore, according to the Times.

“We orchestrated an elaborate ‘false flag’ operation that planted the idea that the Moore campaign was amplified on social media by a Russian botnet,” the operatives recounted in an internal report obtained by the Times.

The New York Times, who broke the story on December 19, 2018, more than a year after the establishment media failed to do their due diligence to investigate before blaring out fake news, now claims “The secret project, carried out on Facebook and Twitter, was likely too small to have a significant effect on the race,” without evidence that this type of coverage in the midst of a competitive race, doesn’t effect the outcome. (Archive.is link to the NYT here)

A look back at the polling from September and October 2017, shows that up until that point Moore carried a significant lead over Jones in six out of seven polls, with one registering a tie. Jones took his first lead in polling in November. (Screen shot for polling averages from RCP)

So, when Russia accounts created memes, and used Twitter hashtags it was called “Meddling,” a “Russian influence campaign,” yet when Democrat operatives do it, is just a “secret experiment,” that was “likely too small to have a significant effect.”

No bias there eh? Move along, nothing to see folks, they were just “experimenting.”

Another interesting paragraph from the NYT:

One participant in the Alabama project, Jonathon Morgan, is the chief executive of New Knowledge, a small cyber security firm that wrote a scathing account of Russia’s social media operations in the 2016 election that was released this week by the Senate Intelligence Committee.

We won’t hold our breath waiting for Mr. Morgan or New Knowledge to present a “scathing” report about their own social media operations in the 2017 Alabama special election, nor are we surprised that the NYT doesn’t see the irony of a group producing a report on Russia’s tactics, when they themselves used the very same tactics as a “false flag” experiment to meddle and influence a state Senate election.

More on their election interference and meddling using Facebook:

The project’s operators created a Facebook page on which they posed as conservative Alabamians, using it to try to divide Republicans and even to endorse a write-in candidate to draw votes from Mr. Moore. It involved a scheme to link the Moore campaign to thousands of Russian accounts that suddenly began following the Republican candidate on Twitter, a development that drew national media attention.

“We orchestrated an elaborate ‘false flag’ operation that planted the idea that the Moore campaign was amplified on social media by a Russian botnet,” the report says.

Seeing the names of those involved like Hoffman, who ran money through American Engagement Technologies, run by Mikey Dickerson, the founding director of the United States Digital Service, which was created during the Obama administration to try to upgrade the federal government’s use of technology, and Sara K. Hudson, a former Justice Department fellow now with Investing in Us, makes me wonder how much of the 2016 “Russian” influence campaign was really conducted by liberal operatives, then blamed on Russia. 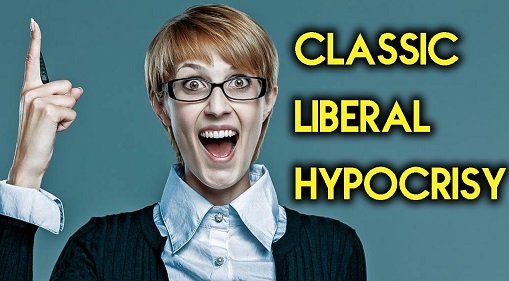 Look at the difference in the NYT headlines, where in this most recent story about the “flase flag” experiment, is simply called a secret experiment using Russian tactics, yet other headlines, when not referencing liberals creating influence campaigns using fake Russian bots, they called it “propaganda tools, “and “fake Americans created to influence the election.”

Examples of watering down the antics perpetrated by democrat operatives that benefit democrats in comparison to the hyperbolic descriptors when it benefits Republicans, can be found  at almost every liberal media outlet, showing the bias, the outright hypocrisy in their reporting.

Why are they not accusing liberals and Dem operatives of “weaponizing Twitter” to sway the Alabama special election? Why are they not calling the accounts and Facebook messaging “propaganda?”