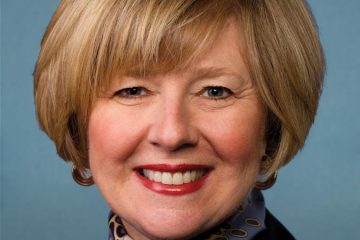 The government doesn’t have to prove a crime at all.  They just have to lay out a case of subjective claims that the individual is “dangerous” and shouldn’t have a gun.

Yes, it’s true.  It isn’t just Democrats going after your guns, America.  Republicans are doing it too, just like Rep. Thomas Massie (R-KY) warned us earlier this year.  Earlier this year, Rep. Susan Brooks (R-IN) introduced HR 5717, the Jake Laird Act of 2018, which allows for a police officer to confiscate your guns on the grounds that he believes you are “dangerous.”

Of course, the bill is unconstitutional on its face, which is why it has been pretty much sitting ignored (until the time is right) in the Subcommittee on Crime, Terrorism, Homeland Security, and Investigations.

The Second Amendment is clear about the right to keep and bear arms.

A well regulated Militia, being necessary to the security of a free State, the right of the people to keep and bear Arms, shall not be infringed.

The Fourth Amendment is clear as well regarding searches and seizures.

The right of the people to be secure in their persons, houses, papers, and effects, against unreasonable searches and seizures, shall not be violated, and no Warrants shall issue, but upon probable cause, supported by Oath or affirmation, and particularly describing the place to be searched, and the persons or things to be seized.

The Fifth Amendment is clear about property being taken without due process of law.

No person shall be held to answer for a capital, or otherwise infamous crime, unless on a presentment or indictment of a Grand Jury, except in cases arising in the land or naval forces, or in the Militia, when in actual service in time of War or public danger; nor shall any person be subject for the same offence to be twice put in jeopardy of life or limb; nor shall be compelled in any criminal case to be a witness against himself, nor be deprived of life, liberty, or property, without due process of law; nor shall private property be taken for public use, without just compensation.

Now, we have coming at us “Red Flag” laws, which are completely unconstitutional and have been advanced by both political parties, including President Donald Trump.

WATCH: President Trump: “I like taking the guns early … Take the guns first, go through due process second.” pic.twitter.com/aydEZdAGq0