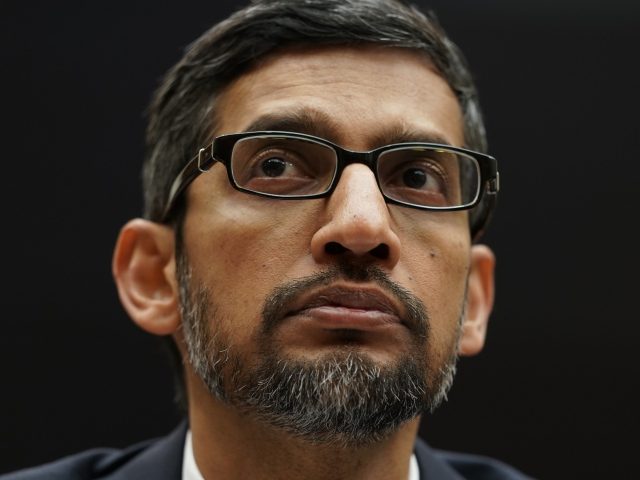 The Verge reported that though Pichai claimed there are “no plans” to “launch a search product in China,” the company is indeed still working on the project.

“[Pichai] made it clear that, whether the company currently has ‘plans’ to launch the product, Google certainly hasn’t halted work completely,” declared the Verge. “In fact, it has continued to devote substantial resources to the project. While saying the effort was ‘limited,’ Pichai at one point said Google had devoted about 100 people to it, although The Intercept has reported the number is closer to 300.”

“I have a concern concerning China. In 2010, Google left the Chinese marketplace due to concerns over hacking attacks, censorship, and how the Chinese government was possibly gaining access to data,” declared Marino during the hearing. “I’m interested in what has changed since 2010, and how working with the Chinese government to censor results are part of Google’s core values.”

“Right now there are no plans for us to launch a search product in China,” responded Pichai. “It’s part of our core mission and principles to try hard to provide users with information. We always have evidence, based on every country we have operated in, us reaching out and giving users more information has a very positive impact, and we feel that calling. But right now there are no plans to launch in China. The extent that we ever approach a position like that, I will be very transparent, including with policy-makers here, and engage and consult widely.”