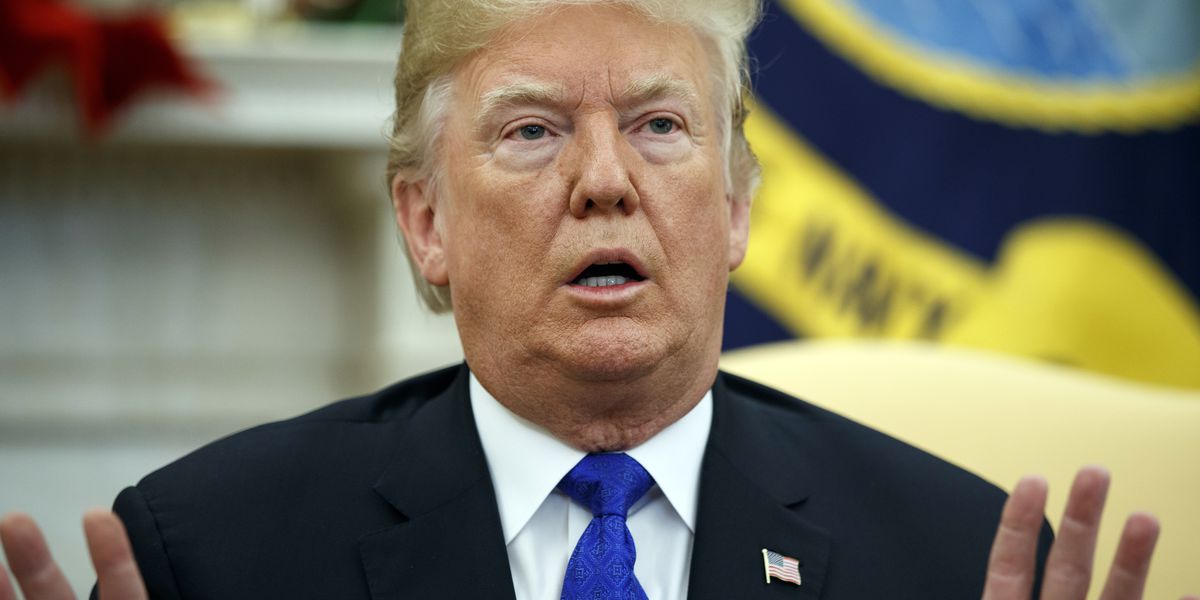 Take the $50 billion we spent arming Jihadis, and use it to build a big wall to keep them out of America.

When President Trump first dispatched the first 2,000 National Guard troops to the Mexican border, there was a loud outcry. And now that he’s pulling 2,000 troops out of Syria, there’s more outrage.

But where do 2,000 soldiers belong more, in Syria or on our own border? When it comes to deploying troops on the border, the media is quick to rush out and inform us that it will cost $182 million. But no calculators are in sight when 2,000 troops are deployed in enemy territory thousands of miles away.

Are we spending $600 billion on national defense to protect Syria or to defend the United States? Are young men and women volunteering to risk their lives to defend their country or someone else’s?

The government faces a shutdown over Trump’s call for $5 billion for a wall. Meanwhile, the $8.6 billion we’ve spent on “humanitarian assistance” in Syria has never been challenged. Operation Inherent Resolve in Syria and Iraq was budgeted at $15.3 billion for FY2019. But that $5 billion can’t be found.

$2.2 billion was diverted from counterterrorism to arm and train Syrian Jihadis, some of whom were Muslim Brotherhood while others joined up with Al Qaeda. Some of the Jihadis we funded in Syria even ended up fighting each other. Still, others turned our weapons over to ISIS. And many ran away.

We had $500 million to spend on training Syrian Jihadis in 2018, but nobody can find $5 billion to build a wall and keep Jihadis out of our country.

There was outrage when the Trump administration diverted $200 million for cross-border stabilization efforts… in Syria. That’s more than the $182 million the first 2,000 troops sent to the border cost. If Congress really can’t find $5 billion in an accounting error somewhere to build the wall, then it can find the money by withdrawing from Syria and using the cash we were going to spend on an RPG for Abdul.

And if there still isn’t enough money, then withdrawing from Afghanistan should do it.

We’re spending $45 billion a year in Afghanistan to help former Taliban fight the current Taliban, who are also fighting ISIS Taliban, with all the groups of warlords, militias, bandits and Koranic meth heads taking the occasional break from fighting each other to take a few shots at us.

That $45 billion that we burned through last year in Afghanistan has not saved a single American life. For $45 billion, we could have a border wall that would save thousands of American lives that have been lost at the hands of illegal alien murderers, drug traffickers and drunk drivers.

Trump’s Democrat and Republican critics have claimed that building a wall is impractical and won’t work.

Walls work really well. They’re solid objects that don’t depend on ideology or theories about human nature. If you’re standing in front of a wall, it doesn’t matter if you’re a socialist, anarchist, libertarian or an illegal alien; it is a reality that you will have to deal with regardless of your politics.

In the age of “my truth” and the “I feel” statement, walls don’t care about your truths or your feelings.

It’s our interventions in Afghanistan and Syria that are impractical and haven’t worked. None of the advocates for why we should be there can explain what the plan is. All they can do is point to the dreaded consequences of withdrawal to convince us to stay there forever and a day.

We’ve been in Afghanistan for 17 years. Next year, there will be voters born when we first went in.

And we went in for a very good reason. 9/11. We smashed Al Qaeda leaving behind only a handful of terrorists. The Taliban were routed and retreated to resume the country’s endless civil war.

At that point, we should have pulled out.

We had won the war with around 10,000 troops. But instead of withdrawing, we doubled our forces in the country to 20,000 to focus on nation-building. We got sucked into worthless reconstruction projects that cost many times the amount that a border wall would have. And we deployed personnel to protect a nation-building project in Afghanistan against what had become a terror campaign and guerilla war.