Earlier this year, I reported that Amazon’s spying Ring doorbells are being installed everywhere and how everyone’s privacy is at stake.

An Amazon patent application which was made public on the United States Patent and Trademark Office website, describes how a network of cameras could work together with facial recognition technology to identify people.

Because who doesn’t want to create a private watchlist of your friends and neighbors?

Amazon is not the only company that wants you to spy on your neighbors.

Nest Hello is Google’s facial recognition doorbell that can identify anyone and store their images to the cloud. Homeowners are required to sign up for a Nest Aware subscription that ranges anywhere from $5.00 to $30.00 a month.

Earlier this year an article in the Orlando Sentinel revealed that police have created a private neighborhood network of 10,000 spying doorbells.

Orlando Police are hoping further access to the network of about 10,000 Ring users in Orlando will help the department solve burglaries, mail thefts and other crimes.

Think about that for a minute, Orlando law enforcement has managed to subvert privacy laws by creating a private homeowner surveillance network that answers to no one. 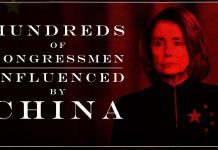