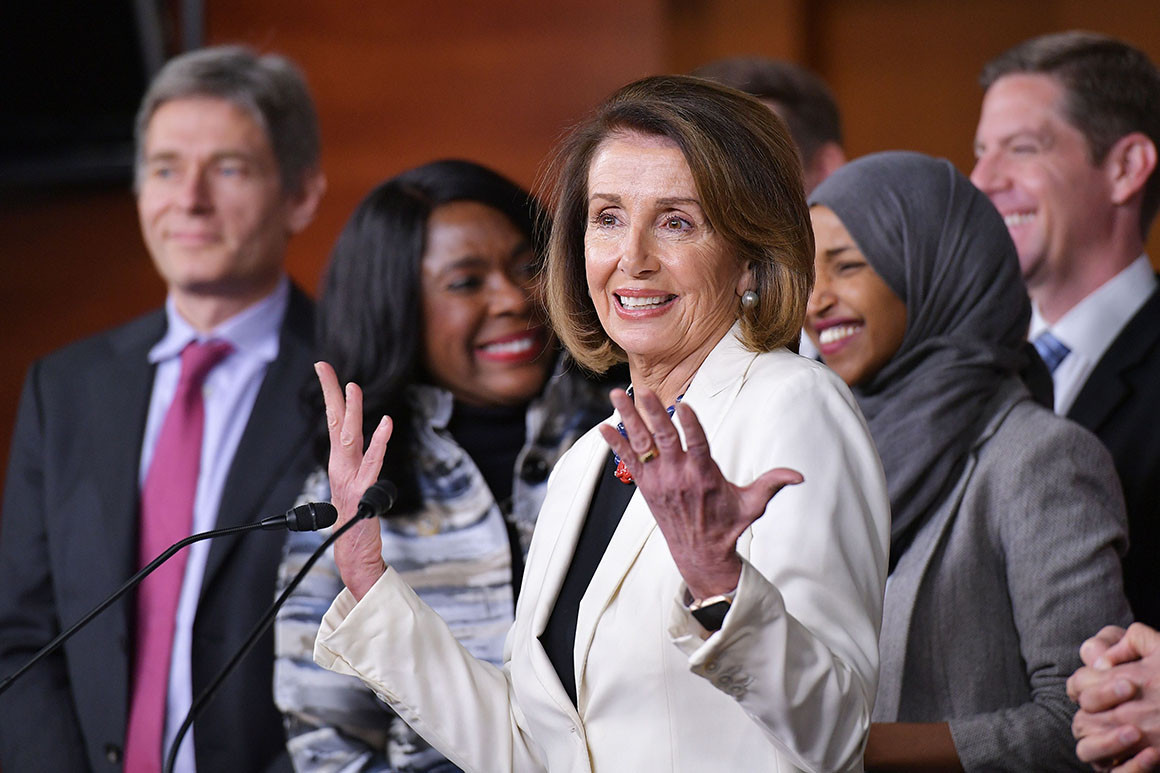 The main take-away from all of this is – in order to implement a socialist government, the people have to be disarmed so the government can rob the people of their property.

Leave it to Nancy Pelosi and the Democrats to ride a dead horse going into assuming the House majority.  According to the Speaker-presumptive Pelosi, Democrats are aiming at the right of citizens to keep and bear arms almost immediately when the new session begins by creating a mandatory “universal background check” for all gun sales.  Despite the federal government already infringing on the Second Amendment by implementing unconstitutional background checks for gun sales, Democrats can’t resist but to somehow put their spin on something that already exists.

According to the Western Journal:

Democrats will take aim at gun rights once they take power in the House next year, according to Speaker-designate Nancy Pelosi.

” … (T)he new Democratic Majority will act boldly and decisively to ensure that no other family must endure the pain caused by gun violence,” the California Democrat said Friday, in a statement marking the sixth anniversary of the Sandy Hook Elementary School shooting in Newtown, Connecticut.

What Democrats are billing as a measure to create universal background checks will be introduced early in next year’s sessions, said California Democratic Rep. Mike Thompson, according to Politico.

“It will be strong legislation to expand background checks, and I will have a very respectful show” of co-sponsors, Thompson said. “I think you will see it happen in the first 100 days.”

Thompson said his bill requires federal background checks on every gun sale, including private deals, with some exemptions for transfers among family members.

Thompson’s legislation would require federal background checks on all gun sales, including private transactions. There likely would be small exemptions, such as transfers between family members, or temporary use of a gun for hunting. Gun-control groups estimate that roughly one-fifth or more of gun sales don’t include background checks.

Thompson, King and more than 200 other House lawmakers — including 14 Republicans — introduced similar legislation in November 2017, but it went nowhere.

Thompson’s proposal, like many that House Democrats will pass in the new majority, may end up more as a messaging bill meant to show the American public that they listened to those who marched for action after the February school shooting in Parkland, Fla., as well as proving they won’t shy away from talking about gun control ahead of the ultimate 2020 election battle with Trump.

However, as many in the alternative media and the National Rifle Association have contended for quite some time, any legislation targeting the Second Amendment and law-abiding gun owners is a backdoor toward a national gun registry.  But, many Americans are not aware the federal government has illegally and unconstitutionally compiled a database of gun owners using the National Instant Criminal Background Check System (NICS).

To be very clear, the NICS system is retaining records of legal purchases, it is sharing that information with other agencies, it is retaining and sharing information containing enough detail to match the purchaser to a government created list, and now the US government is publicizing the fact that it is doing this even though it is a violation of federal law.

This was reported by Freedom Outpost also in 2015.  How many Americans actually paid attention to it?

As expected, Republicans are downplaying the Democrats’ intent to introduce additional legislation for background checks in order to purchase a firearm, which affects law-abiding citizens only.  It is predicted that the Republican-controlled Senate and President Donald Trump stand in the way of getting this Democratic dead horse bill enacted into law.  But, with Trump favoring “taking guns, worrying about due process later” and Republicans known for their capitulation to Democrats, stalling the legislation by the Senate and Trump is not a “sure thing.”

Moreover, Democrats are ready to spend taxpayer dollars on studies that provide research into gun violence for the Center for Disease Control (CDC).

One has to question this new charge for universal background checks already in existence by Democrats.  Why?  The federal government is already maintaining an illegal, unconstitutional database of gun owners through NICS.  The UN Small Arms Treaty signed by then Secretary of State John Kerry has gun registration/confiscation measures contained in its pages.  Several States have enacted gun registration, gun confiscation, and so-called “red flag laws” in violation of the God-given individual unalienable right of the people to keep and bear arms.  What could the Democrats sneak into this new bill, which will not be read by one House or Senate member, that could see it pass and land on the president’s desk?  Remember Obamacare?  Despite not one Republican vote, no one read that obnoxious monstrosity before passing it.  Let’s not forget the rampant voter fraud perpetrated against the American people in order to get Democrats elected to promote policies antithetical to our Constitution.