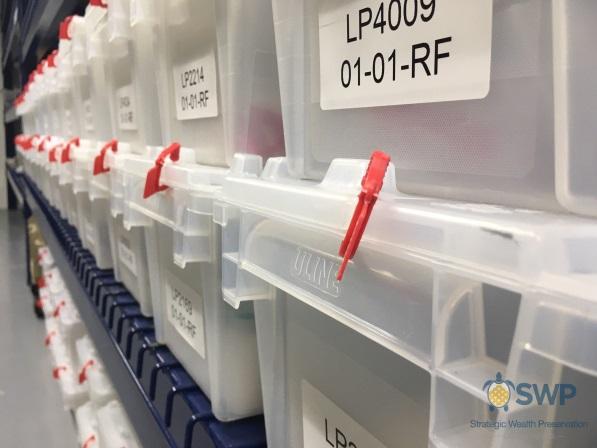 If your gold is outside the US, it gives you another degree of insulation should the United States decide that you shouldn’t own it—it’s not a reportable asset.”
– Doug Casey, May 2017

I’ve been a holder of gold since the 1970’s. At that time, I was purchasing gold and silver for business reasons and found that, as the price was steadily increasing, I’d be wise to buy more than I needed immediately, as I’d most certainly profit from it in the near future.

At that time, I was buying most of my precious metals in Hatton Garden, the centre for physical metals usage in London and, in talking with my more experienced associates there, I learned that gold doesn’t just make pretty jewellery, it has, for over 5000 years, served as man’s best economic insurance policy.

Since the creation of the first fiat currency in China, ca. 600 AD, governments have had the annoying habit of creating fiat currencies. It has taken many forms, including tobacco, shells, cattle, even tulips in 17th Century Holland.

Not a very good track record and, in my estimation, those fiat currencies that still exist will also come to an end, possibly soon. But whenever a fiat currency has come to an end, gold has retained its lustre and saved the day, providing a solid means to store wealth. Although governments and bankers have done all they can to discredit gold and discourage its use, gold invariably outlives them all. Whenever history has seen periods of dramatic overreach by banks and/or governments, gold once again re-establishes the very definition of money.

Today, we’re passing through one of these eras of overreach and, not surprisingly, those who are farsighted, are quietly building up their store of gold, to protect them when the latest form of fiat currency joins the rest that have collapsed over the centuries.

But, having realized the need to own gold and then beginning to build up a portfolio, the holder asks himself, “Where should I keep it?” The obvious answer is at home, or somewhere very close, so that he may get to it easily, if need be. During good economic times, this may well mean in a safe deposit box in a bank, but in times like the present, when governments (the EU, US and Canada, amongst others) have recently passed laws allowing banks to confiscate deposits and raid safe deposit boxes, the last choice for safe storage would be a bank.

This leads us to the “at home” option. This is actually a good one. If you have a yard where neither dogs nor gardeners tend to dig holes, “midnight gardening” can indeed be a good solution for small amounts of gold storage. Or, for a neater and more easily accessible solution, a home safe might work well. (You would, of course, want it to be well-concealed and you’d need to install it yourself, or the installers might get ideas.)

But, when turbulent times come, as they have recently, this only works well if you own a small amount of gold, say ten ounces or less. If you hold more at home, you run into the problem of governments. In 1933, US President Franklin Roosevelt demanded that all gold be turned in to the government. He subsequently revalued it and, in doing so, robbed its rightful owners of a 69% increase in their wealth.

Unfortunately, since we know that the EU, US and Canada have all passed confiscation laws, those jurisdictions are no longer safe places to store wealth. Ten ounces of gold may be regarded as an emergency stash but, beyond that, another jurisdiction is needed – one that’s not threatened by confiscation laws.

What I’ve recommended to investors for decades is to first choose the best jurisdiction that’s relatively near to you, then pick the safest storage facility within that jurisdiction.

Recently, I’ve been asked more and more often to get specific and open up about my personal preferred facilities. I’d rather describe the benefits and pitfalls and leave the investor to do his own homework, but as a result of increasing requests, these are my personal preferences:

However, the Western Hemisphere is a different story. There are quite a few excellent depositories in the US and Canada, but, as stated above, I no longer regard these jurisdictions as safe. In my travels elsewhere in the hemisphere, I’ve been disappointed to find that, whilst there are jurisdictions that are safer than North America, the depositories there leave a great deal to be desired. (On one occasion, in Uruguay, I took one look at the outside of the depository’s building and never even bothered to go in. Although it was considered the premier facility there, it didn’t come close to my expectations.) Others, such as those in Panama, have been similarly disappointing.

What the depositor should be after is a facility that’s heavily reinforced on all six sides (meaning that the ceiling and foundation must be just as impenetrable as the walls). In addition, it would need a Class III bullion vault – the equal of the best bank vaults. In addition, it should have multiple security doors and man-traps leading to the vault, assuring that no one who enters can make a dash for the exit. This virtually eliminates the temptation for theft.