by Caitlin Johnstone, via The Anti Media: 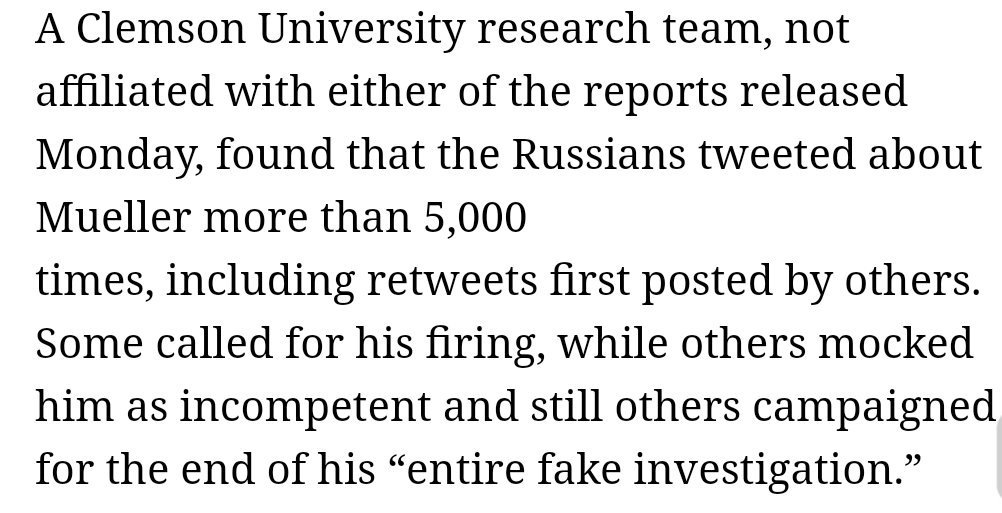 “I think we’ll get our answers in the coming months from the Mueller probe,” Siskind speculated.

Well that’s a mighty good question there, Amy, and I think the answer is pretty obvious. Clearly Russia knew to target African American voters because Donald Trump called his boss Vladimir Putin and told him about America’s secret racial issues, which nobody in any foreign country could ever know about on their own. Then it was a simple matter of sending the trolls of St Petersburg’s Internet Research Agency to trick Black people into thinking that the American political system hasn’t been working for them, thereby ensuring the defeat of the rightful heir to the presidential throne, Hillary Rodham Clinton. It’s not disenfranchised voters’ fault that Hillary’s coronation failed to take place, it’s the fault of Russian memes on social media which confused their silly heads about who they wanted to vote for!

Or, alternate theory: everything about that question is immensely stupid.

So now the question becomes: how did Russia know to target African American voters, and especially in certain key states. I think we’ll get our answers in the coming months from the Mueller probe. https://t.co/J85YRZWGwZ

This whole story is unbelievably idiotic. Not just because it’s based on a report by a private cybersecurity company that was founded by an NSA veteran, a company which would have every incentive to bend its findings in the most sensational way possible to attract clients with a viral new “bombshell” story about Russian election meddling. Not just because it infantilizes voters by implying that a smattering of cutesy memes deprived them of independent agency and caused the failure of Hillary Clinton’s historically awful presidential campaign. Not just because of the sleazy gaslighting element inherent in a narrative which insinuates that a populace meant to elect a different candidate but got confused. By far the dumbest thing about this story is the implicit suggestion that only Russian propaganda was at play during the 2016 election, and no other propaganda.

It’s often claimed that the dastardly Russians had a $1.2 million monthly budget for US social media influence in the lead-up to the 2016 election, but that’s false. As Aaron Maté noted back in February, this figure actually covers the Russian troll farm’s total operating budget, which was for “domestic audiences within the Russian Federation and others targeting foreign audiences in various countries, including the United States.” So the actual monthly budget was some thousands of dollars, and most of the troll farm’s posts weren’t even about the election. Contrast that with Hillary Clinton’s $1.2 billion campaign budget and the untold billions of dollars worth of free mass media coverage she received, and even if everything we’re being told about Russia’s “influence campaign” is completely true, that’s a microscopic drop in the bucket.

FiveThirtyEight editor-in-chief Nate Silver, a fairly reliable establishment loyalist, tweeted today about the new Russia report saying “If you wrote out a list of the most important factors in the 2016 election, I’m not sure that Russian social media memes would be among the top 100. The scale was quite small and there’s not much evidence that they were effective.”