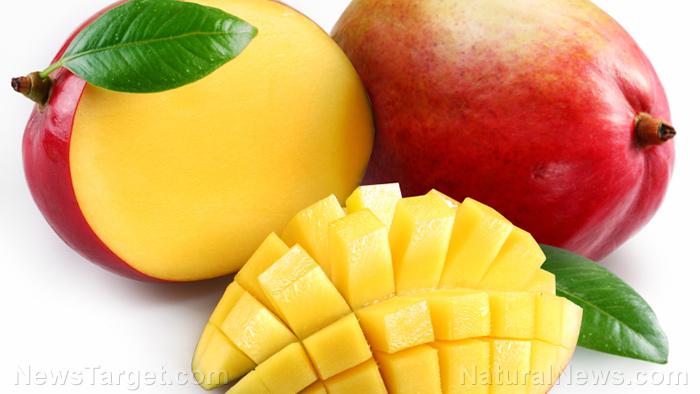 Mangoes (Mangifera indica), which are abundant in tropical countries, are famous for their sweet and juicy fruits but these aren’t the only good parts of the plant. Their bark is also useful because of the many health benefits that it provides. A study conducted by researchers from the University of Lagos in Nigeria showed that extracts from the bark of a mango tree significantly improves depression.

Depression is a condition characterized by persistent feelings of sadness or grief. It has become increasingly prevalent over the years, now affecting affects more than 16.2 million Americans. People who suffer from this condition also experience low energy, loss of appetite, and disinterest in things that they used to enjoy. Moreover, depression also increases the risk of suicide, alcohol and drug abuse, obesity, and chronic pain. To improve the quality of life of depressed patients, they often take antidepressants such as selective serotonin reuptake intake inhibitors (SSRIs). However, these are usually associated with side effects, which include sleep problems, headaches, weight gain, and increased risk of suicide. Because of these, researchers continue to search for natural alternatives that are both effective and safe.

The mango tree, especially its bark, is widely used in Ayurvedic and African medicine. It is commonly used to treat hypertension, insomnia, tumor growth, rheumatism, and depression. Previous research shows that mango bark is rich in bioactive compounds such as alkaloids, flavonoids, saponins, tannins, phenols, ascorbic acid, riboflavin, niacin, and thiamine. These phytochemicals might play a role in the plant’s different biological activities. However, there are limited studies that explore its antidepressant activity.

In this study, the researchers administered extracts from mango tree bark to mice. They then proceeded to observe the mice for depression- and anxiety-like behavior using the forced swim, tail suspension, and elevated plus maze tests. The team also tried to determine possible mechanisms of action by co-administering inhibitors of known neurotransmitter pathways used by antidepressant medications. They used the serotonin antagonists parachlorophenylalanine and metergoline, as well as yohimbine, and sulpiride, which block adrenaline and dopamine pathways, respectively.

From these experiments, they observed that the mango tree bark had potent antidepressant and anti-anxiety effects. These were possibly due to interactions with the receptors of serotonin, adrenaline, and dopamine since coadministration of the antagonists prevented improvements in the depression- and anxiety-like behavior of mice.

Overall, these results prove that mangoes can potentially be used as alternative remedies for depression to reduce the dependence on harmful antidepressant medications. (Related: Why mango is an undeniable ‘superfruit’ you should be eating more frequently.)

Other health benefits of mangoes

If you have a mango tree at home, then consider yourself lucky because almost all of its parts have health benefits. Uses of the different parts of the plant include the following: