The liberal mainstream media blamed Donald Trump and the US Border Patrol.
She died 90 minutes after crossing into the US and after medics tried to

MSNBC host Lawrence O’Donnell: They destroy water bottles that are left in the desert by Samaritans that are doing what Donald Trump’s bible tells them to do.

MSNBC then flashed video of US Border Patrol agents kicking over water jugs.

But it was just another media lie.
MSNBC got the video from 2011 (possibly 2013) when it first aired. 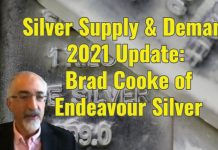