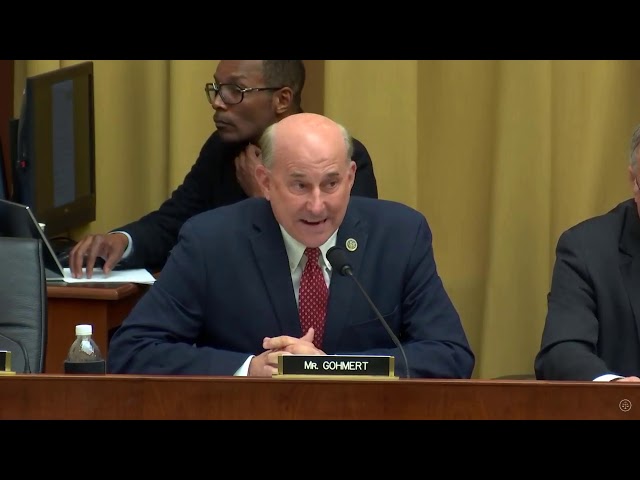 Representative Louie Gohmert (R-TX) is exactly right for calling out Google for making the Southern Poverty Law Center (SPLC) a “trusted flagger” on the video site YouTube.  While YouTube apparently believes the SPLC is a legitimate organization in cataloging “hate groups,” Gohmert points out that what they have really done is stirred up hate.

On Tuesday, Gohmert and Rep. Mike Johnson (R-LA) tore into Google CEO Sundar Pichai for trusting the SPLC as a “trusted flagger” because they have labeled legitimate Christian groups and other individuals as “hateful” right alongside groups like the Ku Klux Klan.

He reminded Pichai that it was the SPLC that stirred up a flaming sodomite to go into the headquarters of the Family Research Council (FRC) with a gun and bag of Chick-fil-A sandwiches with the intent to murder as many people as possible and smear the sandwiches in their faces over the restaurant chain’s stand on biblical marriage.

“Yet [the SPLC] stirred up hate against the Family Research Center and a guy goes in shooting,” Gohmert added.

He then pointed out how the SPLC was sued by Maajid Nawaz, a Muslim, after the organization branded him an “anti-Islamic extremist.”  The SPLC was then forced to pay him and his Quilliam Foundation $3.375 million.

“Now, you consider them a trusted flagger, yet they keep creating problems for people that are not haters,” Gohmert said. “They had to pay out $3.375 million. My problem is, when you put your moniker on them of trusted flagger, why aren’t you paying $3.375 to Mr. Maajid Nawaz? That’s my problem.”

“You trust people that have stirred up a lot of hate,” Gohmert added.

Gohmert obviously is giving Pichai the benefit of the doubt, believing that he doesn’t know any better.

“You’re so surrounded by liberality that hates conservatism, hates people that really love our Constitution and the freedom it’s afforded people like you, that you don’t even recognize it,” he told Pichai.  “It’s like a blind man not even knowing what light looks like, because you’re surrounded by darkness.”

Well, I don’t really give him the benefit of the doubt.  He surely must know what has been going on in his company.

Gohmert referenced the video of the heads of Google talking unhappily about the election of Donald Trump in 2016.

“Your cofounder, Mr. [Sergey Mikhaylovich] Brin said, quote, ‘Most people here are pretty upset and pretty sad,’” Gohmert said.  “A lot of us have seen the video. We saw how upset the top people at Google were.”

“For you to come in here and say, ‘There is no political bias in Google’ tells us, you either are being dishonest, and I don’t want to think that, or you don’t have a clue how politically biased Google is,” Gohmert continued.

Google knows exactly what is going on and I would venture that Mr. Pachai does too.