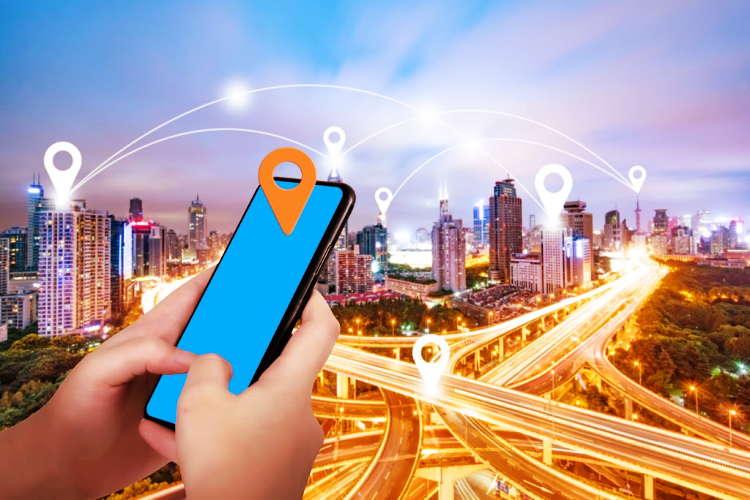 You’re being watched constantly, at least if you have a cell phone with apps on them. A recently published report showed how seemingly innocuous apps were gathering information about how a person goes about their day. They refresh constantly, collecting data about your location.

These companies are tracking every step you take, every stop you make, and then selling it to the highest bidder.

Now, before I get the predictable chorus of people telling me they’d never ever use a smartphone and that if they did have one they wouldn’t enable location data on it, I can call BS (baloney sandwiches) on at least 44% of you because…well…Google tells me this. I get emails from Google every week telling me from what type of devices people access my website. I did not sign up to ask for this information – this is what Google does.

How the location apps are tracking every step you take

Everyone looks like dots on a map to the smartphone apps, but the information that can be put together is positively chilling. Here’s what a day looks like for one of these “dots” on a map:

Yet another leaves a house in upstate New York at 7 a.m. and travels to a middle school 14 miles away, staying until late afternoon each school day. Only one person makes that trip: Lisa Magrin, a 46-year-old math teacher. Her smartphone goes with her.

An app on the device gathered her location information, which was then sold without her knowledge. It recorded her whereabouts as often as every two seconds, according to a database of more than a million phones in the New York area that was reviewed by The New York Times. While Ms. Magrin’s identity was not disclosed in those records, The Times was able to easily connect her to that dot.

The app tracked her as she went to a Weight Watchers meeting and to her dermatologist’s office for a minor procedure. It followed her hiking with her dog and staying at her ex-boyfriend’s home, information she found disturbing.

“It’s the thought of people finding out those intimate details that you don’t want people to know,” said Ms. Magrin, who allowed The Times to review her location data. (source)

Magrin was recorded more than 800 times making the trip to and from her place of work.

Have you enabled location services?

If you have location information enabled on your phone, you’re being watched. There are more than 75 companies with apps that know where you live, where you work, where you go to the gym, and many other details about your personal routine.

According to the report by the NY Times, these apps are updating with your location 14,000 times per day, pinpointing your location within a few yards. And the businesses involved think it’s perfectly fine. “Many location companies say that when phone users enable location services, their data is fair game.”

About 75 companies have access to how cell phone users spend their time. This includes children who are often given phones these days so that parents can reach them at all times. This creepy tidbit was also discovered in the archives of data to which The Times was given access when once set of data showed the user of the phone going to the playground to school then back home.

Location targeting is a massive, horrifying business, and it’s booming.

The businesses involved track you, analyze your data, and either sell it or use it themselves.  They claim that they have no interest in your identity – they’re only looking at your patterns.

But those with access to the raw data — including employees or clients — could still identify a person without consent. They could follow someone they knew, by pinpointing a phone that regularly spent time at that person’s home address. Or, working in reverse, they could attach a name to an anonymous dot, by seeing where the device spent nights and using public records to figure out who lived there. (source)

One company, creepily called Reveal Mobile, has location-gathering code embedded into more than 500 apps, many of which provide local news.

Some estimates say that location targeting is going to be worth $21 billion this year.

How they make money by tracking you

The app developers can make money by directly selling their data, or by sharing it for location-based ads, which command a premium. Location data companies pay half a cent to two cents per user per month, according to offer letters to app makers reviewed by The Times.

Targeted advertising is by far the most common use of the information.

Google and Facebook, which dominate the mobile ad market, also lead in location-based advertising. Both companies collect the data from their own apps. They say they don’t sell it but keep it for themselves to personalize their services, sell targeted ads across the internet and track whether the ads lead to sales at brick-and-mortar stores. Google, which also receives precise location information from apps that use its ad services, said it modified that data to make it less exact.

Smaller companies compete for the rest of the market, including by selling data and analysis to financial institutions. This segment of the industry is small but growing, expected to reach about $250 million a year by 2020, according to the market research firm Opimas. (source)

The small companies are heading toward making 250 million. The small ones.

With that kind of money at stake, you know this is only going to become more prevalent. 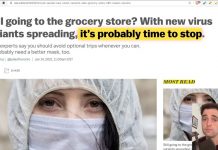