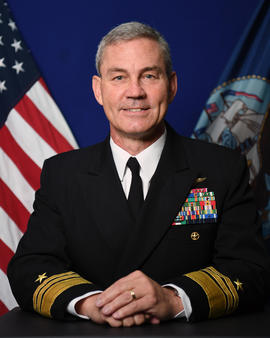 The “suicide” of Vice Admiral Scott Stearney, 58, head of US Navy Central Command, has given rise to speculation he opposed a Zionist-sponsored false flag designed to provoke US military action against Iran.

It recalls the murder (“suicide”) of Admiral Jeremy Bourda in 1996 and trains a spotlight on US military culture.

US Chief of Naval Operations Jeremy (Mike) Boorda was a Jew who wasn’t part of the Illuminati. On May 16, 1996, he was murdered on leaving his Washington home after lunch. The “elite” media dutifully reported he committed suicide over allegations one of his medals was bogus.

In fact, he was not perturbed by this controversy and was looking forward to retirement in August. More likely he was murdered because he opposed the CIA’s use of US Navy ships to transport drugs and he had a meeting with both Newsweek and President Clinton that very afternoon.

The article below by Tony Bonn suggests that Boorda’s attempt to clean up a powerful Masonic and homosexual ring described by Marine assassin Col. George Griggs wife, Kay Griggs, also may have been a motive. Shooting yourself in the head is a typical method of suicide.  The admiral shot himself twice in the chest. The autopsy has not been released.<

[Ken Adachi: Every American citizen needs to listen to Kay Griggs entire eight hour 1998 video interview to understand the complete degeneracy and subjugation that has taken place among the upper command structure of the Army, Navy, and Marines due to the subversion of Zionist fifth columnists.]

By Tony Bonn
The Murder of Admiral Jeremy Boorda
(Abridged by henrymakow.com)

Admiral Jeremy “Mike” Boorda (1939-1996) died, according to the state controlled media, of suicide from controversy surrounding wearing of the V device on one of his navy awards. The truth is that he was murdered.At the time of his murder [May 16, 1996], Boorda was Chief of Naval Operations, an accomplishment he achieved by rising through the ranks as an enlisted man to an officer serving at the pinnacle of the Navy’s hierarchy. Such an attainment almost invariably requires graduation from Annapolis; so this exception probably earned Boorda some animosity from many naval officers whose philosophy of life is based upon entitlement rather than merit.

Around the time of his death, newsfakers reported that Boorda left two typed suicide notes, one to his family, and one to the Navy. Neither note has been released although retired United States Army Reserve Major Glenn MacDonald presented the contents of one. The problem with the suicide notes is that they are unsigned, as in the case of Vincent Foster, meaning that Boorda did not write them.