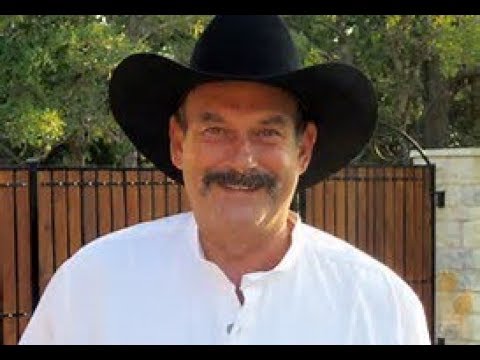 As the year comes to a close, we all look back and reflect on what happened, what didn’t, and what should or should not logically happen in the future. During some recent reflection, I could only laugh and finished my thoughts by thinking “is this a joke”?

We all (even the brain dead) know something has seriously changed in our financial markets. Emotional thought has morphed from buy the dip to sell the rip. In other words, fear is now in the process of replacing greed as the prevailing sentiment. But why? What has changed?

Specifically, the “clock” is finally running out. I am of course referring to debt and the (in)ability to service it. The Great Financial Crisis was brought about by too much debt and was reacted to by administering even more debt as the fix. This little tidbit is outright history but now forgotten in less than a decade. QE was put forth as something “new” when in fact it was only a fancy name for debt monetization which has been tried hundred’s of times in the past with the very same result each time …destroyed and worthless pieces of paper called currency. The only difference in today’s world is currencies now are predominantly digital rather than pieces of paper.

I asked myself “is this a joke?” because for the last two weeks, day after day, the current Fed meeting has been the most pressing topic …will (should) the Fed raise rates or not? I would say it is now a moot point but more on that shortly. The consensus (until a few recent well known and successful dissenters) has been not to worry, the Fed will navigate through these perilous waters. In fact, several clown economists are joining the “bear market is almost over” bandwagon. I have news for you, the appetizers are still in the oven and have not even been served yet! Bluntly, a 75 year super cycle of credit does not get corrected in one quarter with total pain equal to a needle’s sting.

Speaking of needles, they can flow both ways. They can either inject or withdraw. We witnessed the Fed injecting QE hopium telling the world it was THE fix. Then, after 5 or 6 years (can you remember when the full business cycle was 3-5 years?), the Fed was forced to begin tightening to support the bullshit numbers they and the BLS were spouting. In other words, they had to support the lie that everything was SO GOOD by beginning to raise rates. The hilarity of course is this “tightening” was being done on top of the most leveraged financial system the world has ever seen. One could ask what could possibly go wrong, the easy answer of course is EVERYTHING!

Last week we talked about even the Fed having a negative net worth due to the current “stratospheric” interest rates. (Pretty scary to know the issuer of what supports the entire financial system has less net worth than a homeless person?) If you think back 20 years, how many would have bet rates could ever get below even 4%? Back then, any country with a debt to GDP ratio of 100% or more was considered a Banana Republic …today, the ENTIRE WORLD qualifies! Now, 100% debt to GDP is “normal” and 4% rates are halfway to the moon…

So does the Fed raise rates Wednesday or not? And I guess the better question is whether they can pull some sort of rabbit out of their magical hat? The answer to both questions is; it no longer matters what the Fed does or does not do, they created an everything bubble with the use of credit and no matter what they do now…the existing credit will not go away without either devaluing the dollar or outright defaults.

The bottom line is this, debt has been overly used for many years. Markets and investments all over the world have been mispriced via the use of credit to the point that nothing truly clears in price. Price discovery has been thwarted and is in fact broken. “Future consumption” has been brought so far forward using debt that even the unborn have negative net worth’s.

The bleak reality is the credit bubble has already popped and nothing the Fed nor any central bank can do will stop what is in progress. The Fed’s greatest fear of “pushing on a string” is here and now. Raise rates, hold rates or even lower rates, the credit bubble is already unwinding.

Do not pay attention to stocks, they are certainly due a bounce but do we get one? If you must watch stocks, watch the financials as they will tip you as to how close to the re set moment we are. Credit is what you need to watch and it is extremely ugly. More and more credits are being downgraded to BBB and lower into junk. China will be no help as they are further out on the limb than the West but they don’t care. They don’t care because they used the credit to build “real stuff” whereas the West “ate” on their credit card. It is so bad that even sovereign treasuries ran down the credit rabbit hole and now face default … or devaluing their currencies.

The above was written prior to the Fed announcement, what follows is some brief commentary to the immediate reaction. Some sort of respite should not be unexpected. Negative reaction should be viewed dimly because it speeds up the timeline to disaster … Let me finish this section by saying that raising rates and decreasing their balance sheet (sucking out even more liquidity is insanity). Conversely, if they blink and do not raise rates, the lie that all is well is thus fully exposed.

OK, so we got the 1/4 point increase. Stocks first rallied and then immediately faded and closed beneath the Feb. lows. This opens up the elevator shaft as many now household names (Fed Ex, J and J) are blowing up one by one in very “1987” fashion. Credit was actually bid on the long end which serves to invert more of the yield curve. Then we have gold, this is the biggest joke of all! After a $10 rally it was pushed to close to a $10 loss. Mining shares which had been acting well for several weeks were slaughtered for roughly 5%.