Riots in Paris, torching cars, ‘stay in streets until Christmas’

The center of Paris is on lockdown as masked rioters and arsonists stole a police assault rifle, clashed with police and set fire to cars and Christmas trees on the Champs-Elysees protesting fuel pricing.

Protesters are calling it the “the start of a revolution” that would rival the revolt in 1968 when the country was on the brink of civil war.

Fires and clouds of tear gas covered the French capital from early morning until late in the evening, in some of the worst violence ever seen in the French capital as more than 5,000 demonstrators brought chaos to Paris for the second week running.

President Emmanuel Macron, speaking from the G20 summit in Argentina said is holding emergency meetings on the unrest.

He said “no cause justifies attacks on police or pillaging stores and burning buildings.”

French police confirmed there had been at least 224 arrests Saturday night during the protests for a series of offenses. There were 110 serious injuries, including to more than 20 police officers.

Meanwhile there were further rallies spiraling across the country, spreading to Marseille, Biarritz and Antibes on the Mediterranean coast and even into the Netherlands.

Some 5,000 police and gendarmes were being deployed Saturday in a replica of the previous Saturday’s chaos when Parisians smashed up shops and restaurants and battled riot squads in the first round of major protests. 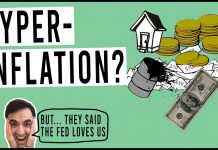