But as we see within this story, with the United Nations leading the way, the mainstream media and global financial establishment are being urged to cover global migration as a beneficial thing for the world, with the official Global Compact for Migration urging that media outlets which criticize illegal immigrants for any number of different reasons be penalized. Yet as we hear in the 2nd video at the bottom of this story, this ‘compact’ is nothing less than the ‘death of nations‘.

Wonder why Conservative and Independent media outlets are taking such a huge hit in 2018? As we reported on ANP back on September 28th, the United Nations is largely to blame with a fringe Islamic prince becoming the United Nations ‘High Commissionerfor Human Rights’ and he had set a new target: free speech on the internet. And now in this new pact they’re targeting those who criticize global migration. From our September 28th story.:

Famous for comparing President Donald Trump to Adolf Hitler and for protecting UN child-raping troops from being prosecuted, Zeid Ra’ad al-Hussein called on big tech to proactively step up their censorship campaigns, with facebook and google more than happy to comply with his demands.

And as we also see detailed further below, according to a new survey from Gallup, a whopping 750 million adults would love to leave their countries and move to another location, with the United States being desired destination #1.

So as Frosty Woolridge reports in this new story over at News with Views that Steve Quayle linked to on his website Thursday morning, should the globalists get their way and nearly 100 million more illegal immigrants move into America by the year 2050, America will look nothing like the America we all grew up in, tranformed into a skid row that looks more like some of the worst slums in the world than a 1st world nation. 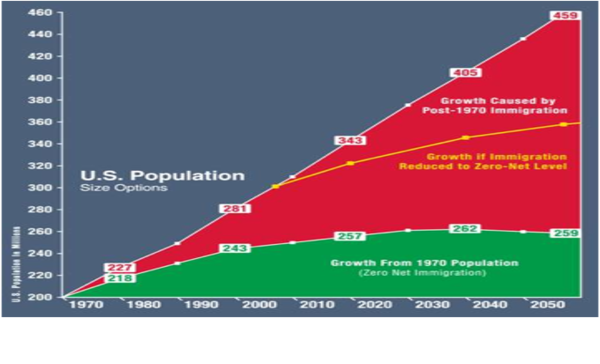 According to this recent story over at Information Liberation, out of 27 nations polled in a November Pew Research survey, the majority of the population in ZERO of the countries wanted more immigrants to move into their lands. While the mainstream media and Democratic party apparatus attempt to label anybody opposed to open borders and illegal immigration as racists and bigots, that Pew survey proves once again that the mainstream media is attempting to create an untrue narrative out of thin air.

And as this new story over at Infowars reports, a large group of French military officers have written a letter to French President Emmanuel Macron about him signing this pact, claiming it was nothing less than treasonous. If allowing all of this illegal immigration is treason in France, what about all of the Democrats here in America? From the Infowars story.

A group of French military generals have written an open letter to Emmanuel Macron accusing the French President of committing “treason” by signing the UN migration pact.

A letter written by General Antoine Martinez and signed by ten other generals, an admiral and a colonel, as well as former French Minister of Defense Charles Millon, warns Macron that the move strips France of more sovereignty and provides an additional reason for “an already battered people” to “revolt”.

The letter accuses Macron of being “guilty of a denial of democracy or treason against the nation” for signing the pact without putting it to the people.

And we shouldn’t be the least bit surprised for as we hear in the first video below from David Menzies with Rebel Media, a troubling directive issued to the media during the recent United Nations global compact for migration stresses how the media is expected to cover migration issues and as our videographer clearly points out in his video, this brings a HUGE problem into light.

As our videographer tells us, the directive to media warns against such things as intolerance, xenophobia and discrimination but according to whose interpretation? Should the media ignore the brutality of sharia law, female genital mutilation, honor killings and polygamy carried out by many people who practice the ‘religions’ of these illegal immigrants?

We have embedded the full UN Global Compact for Migration at the bottom of this story and as you’ll see, should it be fully implemented across the world, including here in the United States, it would mean the open borders advocates had won. 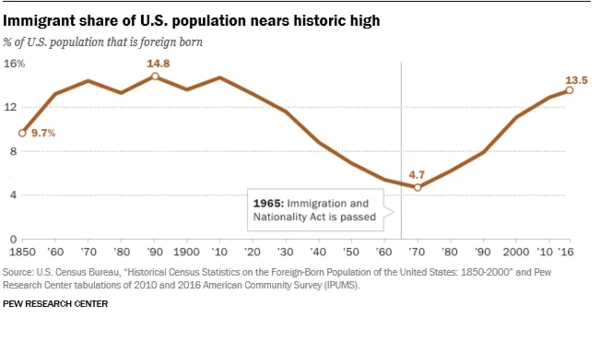 According to this November Pew Research Center survey, immigration into the US is nearing a historic high with nearly 14% of the US population born in other countries and as their story reports, America hasn’t had this many foreign born people living within our borders since all the way back in 1890 when nearly 15% of the population was born out of country.

Their story also reports that the United States is already doing more than its fair share with more immigrants living in the USA than any other country in the world, with nearly a full 20% of ALL immigrants around the world living here in America.

Also reporting that more than 40 million people now living here in the US were born in other countries, the Pew survey didn’t even touch on this new survey from Gallup in which they report that more than 750 million adults around the world would migrate to other countries if they could, with of course the United States their #1 desired destination.