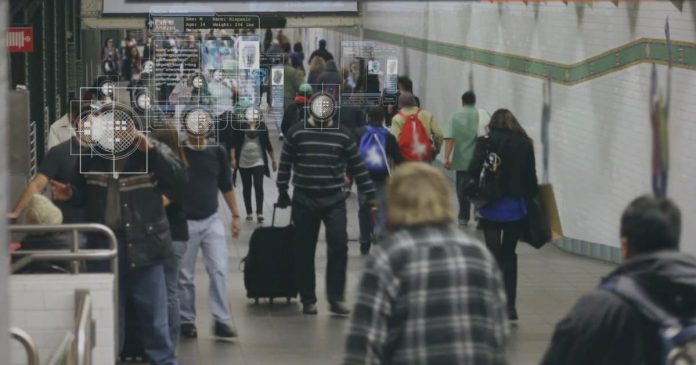 Facial recognition technology is here and hundreds of police departments are secretly using it to create watchlists to bolster the surveillance state.

To everyone that thinks secret watchlists are nothing more than a conspiracy theory, I give you, law enforcement’s secret public safety watchlists.

The name of the company responsible for creating public safety watchlists – Suspect Technologies – should say it all but I digress.

“Suspect Technologies is also working to pilot a real-time service next year by monitoring public surveillance video feeds with its facial recognition software and cross-referencing it all against a public safety watchlist, CEO Jacob Sniff says. He explained the plans but declined to identify the law enforcement client.”

“We have an agency early adopter, his conception is he’s going to have 10 facial recognition cameras in town: one in the police station lobby, some at the Greyhound bus locations, city hall, even the public pool area,” Sniff says. “He’s going to be scanning people’s faces against a small public watchlist.”

Sniff claims that at least 200 hundred police departments are secretly using his software. Sniff said, “Suspect’s software is being used by a couple hundred law enforcement agencies” but declined to identify them.

A look at Suspect Technologies “solutions” section reveals that they have partnered with artificial intelligence company NVIDIA.

NVIDIA is no stranger to helping law enforcement spy on the public. Last year, I revealed that NVIDIA and COBAN Technologies (CT) have been trying to create 360-degree facial recognition police cars.

“CT’s technology is designed to work with up to six cameras, so police departments could choose to turn their vehicles into 360-degree cameras, making it easier to identify faces.”

How will these companies convince the public to accept public safety watchlists?

Suspect Technologies CEO Sniff hinted that corporations will use loyalty rewards to help convince the public to accept them.

According to Xconomy, Sniff said, “that eventually the public will get used to having their faces scanned by law enforcement, advertisers, and technology companies; he cites Apple, Delta, and Hertz as already commercializing the technology.”

What he is really saying is Hertz, Delta and every facial recognition company plan to use loyalty rewards and quicker check-in/checkout lines to convince the public to accept being watchlisted. (Click here to see how Delta Air Lines owns 5% of CLEAR.)

As I mentioned earlier, real-time public safety watchlists are not the only thing Americans should be worried about.

According to an article in PRWeb, a company called Biometrica Systems announced that they have created a facial recognition software program called eMotive that will conduct real-time 24×7 background checks on everyone.

Biometrica claims that their software will only be used to notify employers when their employees have been arrested. But is that really what eMotive will be used for?

“Biometrica’s Fusion Center is the hub from where our global security and surveillance operations are managed. It is also the connection point for the data aggregated through our multi-layered private sector networks and multi-jurisdictional law enforcement watchlists, and is therefore uniquely poised to do as the President asked.”

The fact that Biometrica even has a “Fusion Center” should send shock waves across the country.