by Pepe Escobar The Saker: 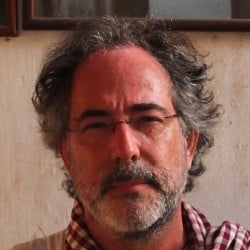 The concept of Greater Eurasia has been discussed at the highest levels of Russian academia and policy-making for some time. This week the policy was presented at the Council of Ministers and looks set to be enshrined, without fanfare, as the main guideline of Russian foreign policy for the foreseeable future.

President Putin is unconditionally engaged to make it a success. Already at the St Petersburg International Economic Forum in 2016, Putin referred to an emerging “Eurasian partnership”.

I was privileged over the past week to engage in excellent discussions in Moscow with some of the top Russian analysts and policymakers involved in advancing Greater Eurasia.

Three particularly stand out: Yaroslav Lissovolik, program director of the Valdai Discussion Club and an expert on the politics and economics of the Global South; Glenn Diesen, author of the seminal Russia’s Geoeconomic Strategy for a Greater Eurasia; and the legendary Professor Sergey Karaganov, dean of the Faculty of World Economy and International Affairs at the National Research University Higher School of Economics and honorary chairman of the Presidium of the Council on Foreign and Defense Policy, who received me in his office for an off-the-record conversation.

The framework for Great Eurasia has been dissected in detail by the indispensable Valdai Discussion Club, particularly on Rediscovering the Identity, the sixth part of a series called Toward the Great Ocean, published last September, and authored by an academic who’s who on the Russian Far East, led by Leonid Blyakher of the Pacific National University in Khabarovsk and coordinated by Karaganov, director of the project.

The conceptual heart of Greater Eurasia is Russia’s Turn to the East, or pivot to Asia, home of the economic and technological markets of the future. This implies Greater Eurasia proceeding in symbiosis with China’s New Silk Roads, or Belt and Road Initiative (BRI). And yet this advanced stage of the Russia-China strategic partnership does not mean Moscow will neglect its myriad close ties to Europe.

Russian Far East experts are very much aware of the “Eurocentrism of a considerable portion of Russian elites.” They know how almost the entire economic, demographic and ideological environment in Russia has been closely intertwined with Europe for three centuries. They recognize that Russia has borrowed Europe’s high culture and its system of military organization. But now, they argue, it’s time, as a great Eurasian power, to profit from “an original and self-sustained fusion of many civilizations”; Russia not just as a trade or connectivity point, but as a “civilizational bridge”.

What my conversations, especially with Lissovolik, Diesen and Karaganov, have revealed is something absolutely groundbreaking – and virtually ignored across the West; Russia is aiming to establish a new paradigm not only in geopolitics and geoeconomics, but also on a cultural and ideological level.

Conditions are certainly ripe for it. Northeast Asia is immersed in a power vacuum. The Trump administration’s priority – as well as the US National Security Strategy’s – is containment of China. Both Japan and South Korea, slowly but surely, are getting closer to Russia.

Culturally, retracing Russia’s past, Greater Eurasia analysts may puzzle misinformed Western eyes. ‘Towards the Great Ocean’, the Valdai report supervised by Karaganov, notes the influence of Byzantium, which “preserved classical culture and made it embrace the best of the Orient culture at a time when Europe was sinking into the Dark Ages.” Byzantium inspired Russia to adopt Orthodox Christianity.

It also stresses the role of the Mongols over Russia’s political system. “The political traditions of most Asian countries are based on the legacy of the Mongols. Arguably, both Russia and China are rooted in Genghis Khan’s empire,” it says.

If the current Russian political system may be deemed authoritarian – or, as claimed in Paris and Berlin, an exponent of “illiberalism” – top Russian academics argue that a market economy protected by lean, mean military power performs way more efficiently than crisis-ridden Western liberal democracy.

As China heads West in myriad forms, Greater Eurasia and the Belt and Road Initiative are bound to merge. Eurasia is crisscrossed by mighty mountain ranges such as the Pamirs and deserts like the Taklamakan and the Karakum. The best ground route runs via Russia or via Kazakhstan to Russia. In crucial soft power terms, Russian remains the lingua franca in Mongolia, Central Asia and the Caucasus.

And that leads us to the utmost importance of an upgraded Trans-Siberian railway – Eurasia’s current connectivity core. In parallel, the transportation systems of the Central Asian “stans” are closely integrated with the Russian network of roads; all that is bound to be enhanced in the near future by Chinese-built high-speed rail.

Iran and Turkey are conducting their own versions of a pivot to Asia. A free-trade agreement between Iran and the Eurasia Economic Union (EAEU) was approved in early December. Iran and India are also bound to strike a free-trade agreement. Iran is a big player in the International North-South Transport Corridor (INSTC), which is essential in driving closer economic integration between Russia and India.

The Caspian Sea, after a recent deal between its five littoral states, is re-emerging as a major trading post in Central Eurasia. Russia and Iran are involved in a joint project to build a gas pipeline to India.

Kazakhstan shows how Greater Eurasia and BRI are complementary; Astana is both a member of BRI and the EAEU. The same applies to gateway Vladivostok, Eurasia’s entry point for both South Korea and Japan, as well as Russia’s entry point to Northeast Asia.

Ultimately, Russia’s regional aim is to connect China’s northern provinces with Eurasia via the Trans-Siberian and the Chinese Eastern Railway – with Chita in China and Khabarovsk in Russia totally inter-connected.

And all across the spectrum, Moscow aims at maximizing return on the crown jewels of the Russian Far East; agriculture, water resources, minerals, lumber, oil and gas. Construction of liquefied natural gas (LNG) plants in Yamal vastly benefits China, Japan and South Korea.

Eurasianism, as initially conceptualized in the early 20th century by the geographer PN Savitsky, the geopolitician GV Vernadsky and the cultural historian VN Ilyn, among others, regarded Russian culture as a unique, complex combination of East and West, and the Russian people as belonging to “a fully original Eurasian community”.

That certainly still applies. But as Valdai Club analysts argue, the upgraded concept of Greater Eurasia “is not targeted against Europe or the West”; it aims to include at least a significant part of the EU.

The Chinese leadership describes BRI not only as connectivity corridors, but also as a “community”. Russians use a similar term applied to Greater Eurasia; sobornost (“community spirit”). 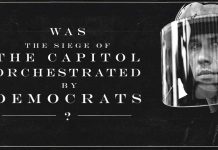