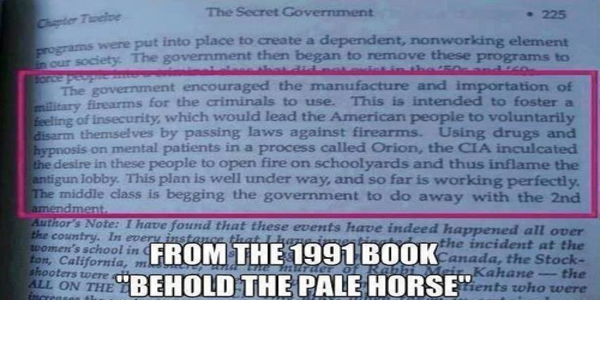 Even though the CIA’s mind control program MKUltra was first brought to the public’s attention back in 1975 during the Church Committee Hearings in Congress, mentioning MKUltra to most Americans in 2018 will get a similar ‘that’s fake news and/or a conspiracy theory‘ response but as we see within this ANP story, a new Drudge-linked story over at The Sun reports that not only is MKUltra very real, the illegal use of it may still be ongoing against the American people today.

And while no huge bombshell revelations have been uncovered yet that prove that the CIA has been using mind controlled patsies to carry out school shootings and other mass shooting events in an attempt to get the American people to beg the government to do away with the 2nd Amendment, what has been unearthed proves that they’re capable of doing just that.

With these new documents confirming they’re able to put ‘voices‘ into people’s heads we learn even worse yet with MKUltra be able to be used against large groups of people at the same time. Still think CIA/deep state ‘mind control‘ is just a ‘conspiracy theory‘? From The Sun story.:

DISTURBING details of secret mind-control experiments carried out by the CIA have been revealed in newly released documents – that officials have been trying to hide for decades. (ANP: MORE PROOF the ‘deep state’ are terrorists??!!!)

The new documents, released under the Freedom of Information Act, reveal how the CIA experimented on both humans and animals using drugs, hypnosis and electronic devices as part of the top secret – and illegal – mind control project MKUltra.

Shockingly the swathes of information still missing or redacted in the records could mean the CIA is STILL carrying out the experiments to this day, according to experts.

As their story also reports, researcher John Greenewald Jr. spent nearly 20 years trying to obtain these documents that you can look through yourself over at his website The Black Vault and for anybody out there who somehow still believes that MKUltra is just a figment of some conspiracy theorists imaginations, these documents will be eye-openers for you.

But for those of us who’ve long known and believed that MKUltra is ongoing (along with other massive mind control and ‘indoctrination’ programs such as Monarch mind control with the mainstream media), these new documents offer us more evidence that former US Navy Intelligence officer Milton William Cooper was correct in his book “Behold! A Pale Horse“ and his warnings that the ‘secret government‘ would be using mind controlled shooters to carry out their dirty work.

And while even ‘the deep state‘ or ‘secret government‘ had long been called a ‘conspiracy theory‘, President Trump’s election and the last few years have indeed brought us absolute confirmation of such a sinister plot of characters who have been working to undermine American sovereignty and the US Constitution to bring in their totalitarian, dictatorial ‘new world order‘ as written about by Jerome Corsi in his new book “KILLING The Deep State: The Fight To Save President Trump“.

So when Cooper titled a chapter of his book ‘The Secret Government‘ long before the official acknowledgement of such a shadowy ‘body‘, more credibility is added to his argument that the deep state is using patsies to carry out horrific events upon Americans. 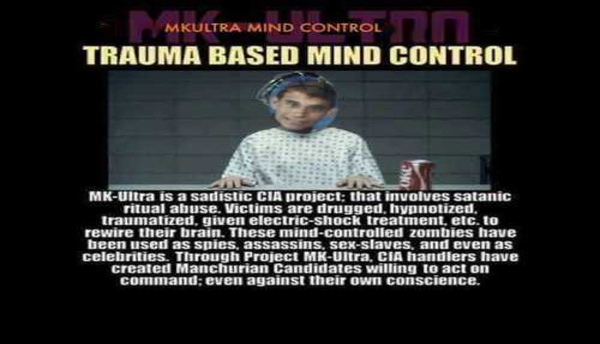 And as we see in this story over at the Daily Beast written back in April about the mass shooting carried out by Nikolas Cruz at the Marjory Stoneham Douglas High School, a FedEx express package addressed to Judge Elizabeth Scherer, the Broward County circuit court judge presiding over the case, had been received with the sender arguing that Cruz was under some kind of mind control. It appears that the sender, one Asjad Khan, is a medical doctor.

Asjad Khan wrote that Cruz potentially may be a victim of government technology used for psychological warfare because Cruz told investigators that “demon” sounding voices instructed him to carry out the attack.

Khan wrote that a “Voice of God” weapon designed to pull a “false flag” on your brain by projecting a voice into your head to make you think that God is talking may have been used on Cruz. Khan also wrote about how sound frequencies could be tailored at unsuspecting “TIs” or targeted individuals who may be controlled with embedded microchips.