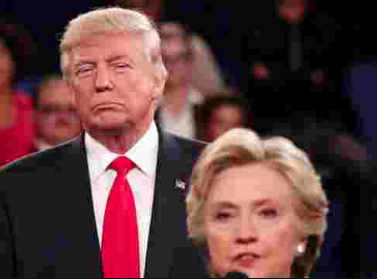 Sean asked me not to use incendiary headlines.

I tried. I really tried.

It’s tough to admit but on certain issues it’s been a real slog since Donald Trump got elected.

With those forever immortal words of “ … because you’d be in jail” during the presidential campaign those of us in the know (ie not watching CNN) had their hearts lifted that finally some of these NWO traitors were going to start feeling the heat.

Followed by the cold clunk-click of handcuffs. Additionally a swift trip out to the firing squad wouldn’t go amiss either, if there was any justice in the world. Probably why she wants to take the guns.

Anyway, over the last 2 years there has been a slow sinking feeling that the longer this goes on the more chance there is of her getting away with her undoubted crimes.

The recent pronouncements from Dave Janda, Q and Alex Jones that indictments and prosecutions are hoving into view within the coming months however, has me hopeful.

The cabal has been remarkably successful so far at keeping the news away from the average Joe on the street. Ask around and there’s a whole host of people who have no idea about the treasonous plot to remove a sitting president.

Take a bow, Dan Bongino though.

A Hillary Clinton prosecution is going to be a shock to quite a lot of people. I’m also sure the Jim Acosta’s of the world are going to spin it as a vindictive measure to deflect from the evidence of Russiagate.

We all want to see it but will it be allowed. There has to be arena full of elites that don’t want to see her anywhere near a courtroom. Imagine the damage she could do under oath, not that that in and of itself will mean anything to her.

“So what exactly is your relationship with Lynn de Rothschild and in your email dated September 23rd 2010 what exactly did you mean by the phrase ‘Let me know what penance I owe you?’ ”

“Also you appear to be on the Jeffrey Epstein flight logs – care to explain?”

I’m sure in Langley they are working up a patsy and getting the fingerprints ready right now.

So, is Trump making the right noises that this is the direction he is going?

I am beginning to wonder.

And then I remembered an old British election tactic.

During an election campaign promise 5 really popular things. Once elected start to implement 4 of them. Save the best till last.

6 months before the next election make huge headlines that you will start the 5th just after you get re-elected.

David Cameron approaching his 2nd election used this to good effect before it all went wrong. He kept a bunch of promises, at least as far as headlines go and saved the “We will have a referendum on leaving the EU if you re-elect me” till just before.

The result – Brexit. The ‘vote promise’ delivered in his 2nd term which I am sure was a disappointment to him that he won.

So, as a question then, is Trump using a British tactic? A year from now will we see a barrage of headlines with the words ‘Clinton’ and ‘Prosecution’ in the same sentence.

Quite frankly I have no idea. Who knows, but food for thought maybe.

Until then, stay safe and if a man you’ve never seen before in a dark suit and shades asks you to put your palm prints on a second hand Carcano Model 91/38 infantry rifle, just say no.