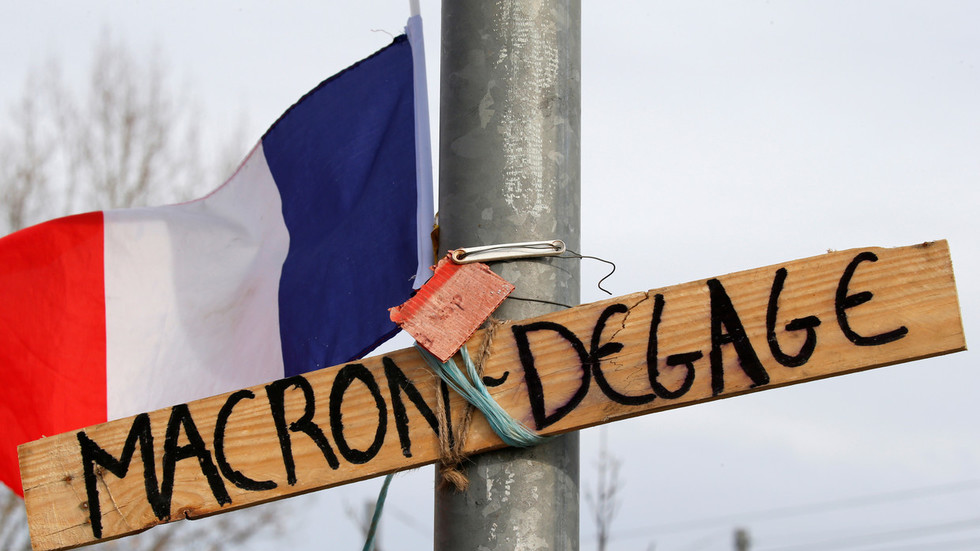 As France braces for Saturday’s ‘Yellow Vests’ rally, President Emmanuel Macron shunned the chance to address the discontent, sending his PM to the front lines. The president’s arrogance could be making matters worse, experts say.

Chants of ‘Macron resign!’ have become common among yellow-clad protesters opposing the French President’s pro-business reforms – but the man at the center of the people’s grievances is nowhere to be seen. After condemning the violence which marred last Saturday’s protest, Macron is keeping an extremely low profile and will not address the nation until Monday, to avoid “adding fuel to the fire,” according to the National Assembly president, Richard Ferrand.

While the 40-year-old evades the spotlight, his prime minister, Edouard Philippe, has been filling the void, announcing a rollback of Macron’s tax and other policies as a concession to the protest movement. With the leader of France’s largest opposition party, the center-right Republicans, demanding that Macron speak out, Belgian journalist Luc Rivet told RT that it might be better for the French leader to keep mum, considering his extremely low appeal and the air of entitlement he carries.

“If it is for talking as he has talked until now: distant, arrogant, refusing to budge or explaining that he understood, just that he simply needs to use a better pedagogy, then indeed he should shut up,” Rivet said.

The journalist argued that the French president, a bright student and later a banker, has “practically never been in contact with the real people” and was not only slow to respond to the protests, but did it in a manner that alienated even more people, by lecturing them on environment.

“It is only in the second week that he perceived the danger for his presidency, but then his pride – you can even say arrogance – made him answer in a lengthy explanation of why the fuel taxes were necessary for the environment,” Rivet told RT.

Rivet believes that Macron’s unpopular government might survive the vote of no-confidence planned for Monday since his La République en Marches party still has the majority, but a “revolutionary situation” is still brewing in Paris and “it is probably the PM who will have to resign.”

‘Macron has to seriously revise his ‘president of the rich’ image’

A government overhaul is a possible solution to quell the mayhem in the streets, but it won’t be enough, since the problem is not only with Macron as a politician, but also as a person, Sergey Fyodorov from the Institute of Europe of the Russian Academy of Sciences told RT.

“Historically, it is the prime minister who becomes a scapegoat, but it wont’s solve the problem because people are dissatisfied with Macron himself,” Fyodorov said. There are several scenarios for the future, including a dissolution of parliament and snap elections, which are likely to tie the president’s hands, and “in any case it will be a tipping point in Macron’s presidency.”